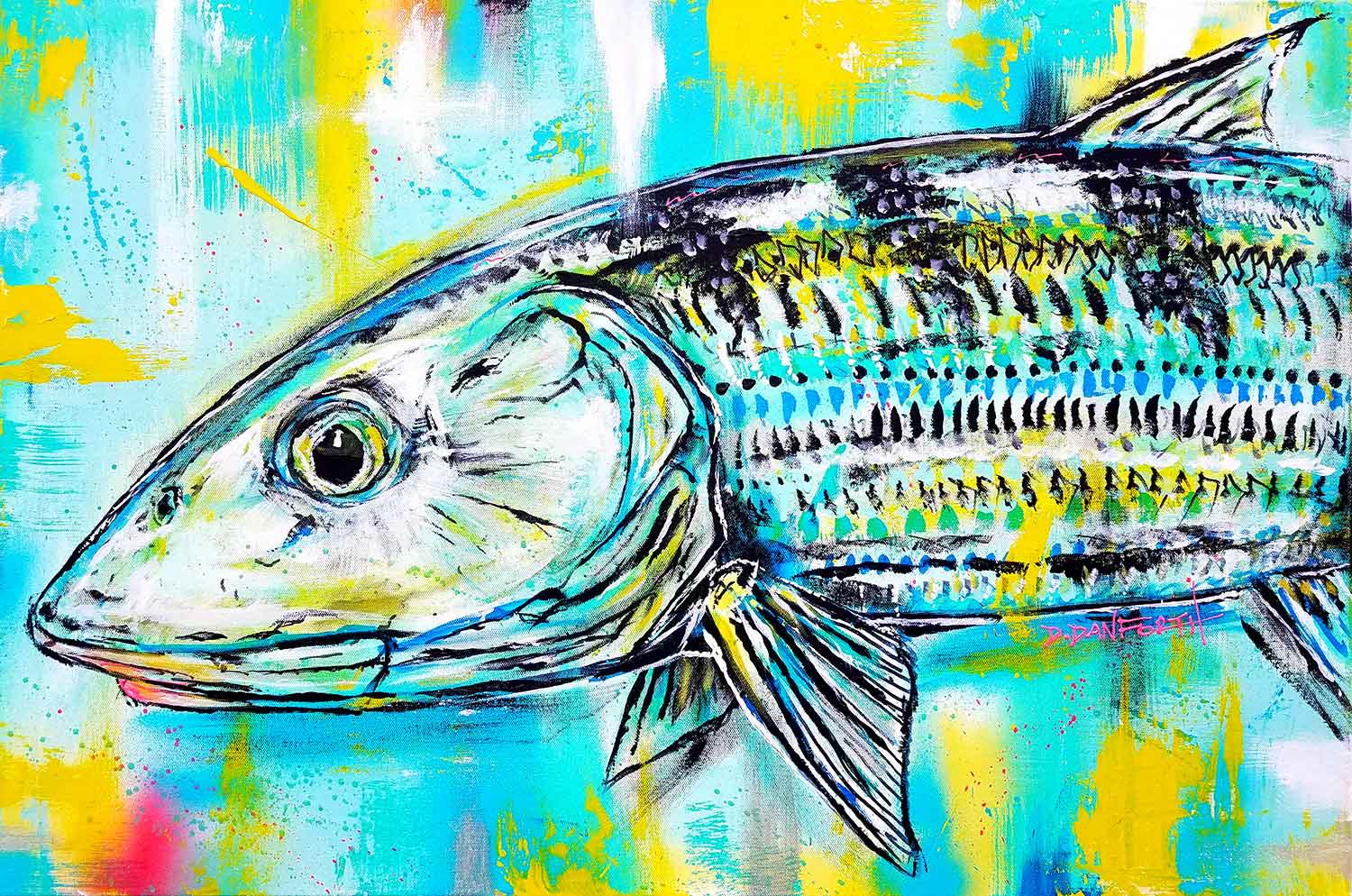 If you’re anything like me and love the outdoors and fishing, you want to decorate your house to correlate. Whether it’s paintings, sculptures, photography or something else, it’s what we want surrounding us in our homes. Here are 5 fishing artists that I think everyone should know!

This guy is insanely talented, his brand, Reel Local is definitely outside the box. He is known for his crazy colors and designs, which adorn everything from canvas to cornhole boards and everything in between. I have a three piece snook print that he did in my living room, it really ties the room together. 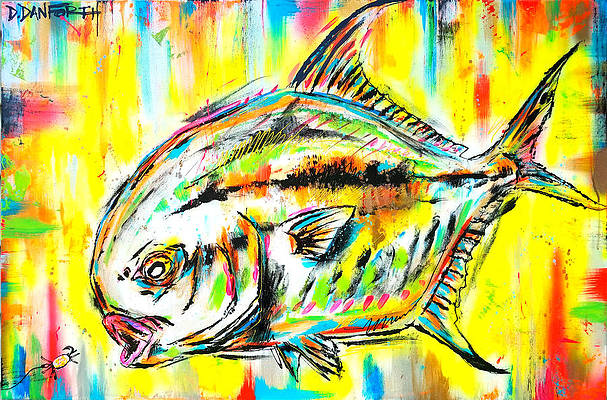 While not a fishing artist per say, Clyde Butcher’s outdoor photography is simply out of this world, so he deserves a spot on this list. He mainly photographs the Everglades, but has also shot around the country. What makes his work so cool is that he shoots using early 1900s camera gear – all in black and white! You can visit his gallery in Venice, Florida.

I have a Clyde Butcher coffee table book and it is certainly a favorite of any visitors to my place. 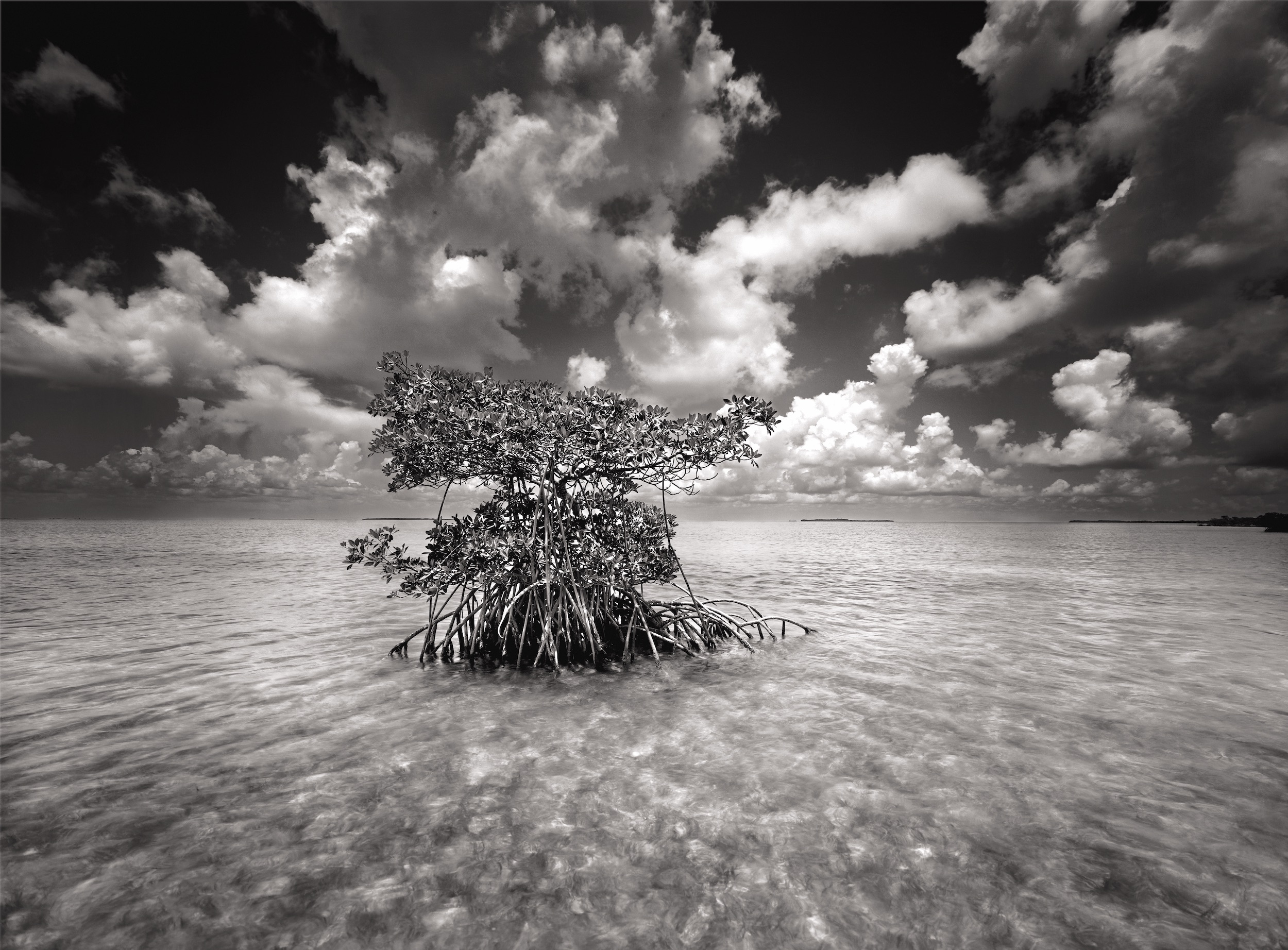 No, not the singer, this Eric Estrada is a fly fisherman from Miami who is both an artist and content creator. He sells his art as standalone pieces and prints as well as on clothing and accessories. He also runs a YouTube channel that produces south Florida themed fly fishing content – Everglades, peacock bass, etc. His pieces are almost graffiti style if that makes any sense?

In any case, he has some pretty cool stuff.

Among fishing artists and anglers themselves, Tim Borski is a legend. His style is instantly recognizable, you’ll immediately know a Borski when you see it.

A skilled angler who has fished all over the world chasing everything from bonefish to billfish on fly. The man knows what he is doing, as he his patterns have been sold commercially for decades, examples include the “Borski Slider” – a true innovator.

Finally, aside from art and angling, he loves ranging snakes. Borski and son have traveled all over the US, South and Central America to capture snakes. 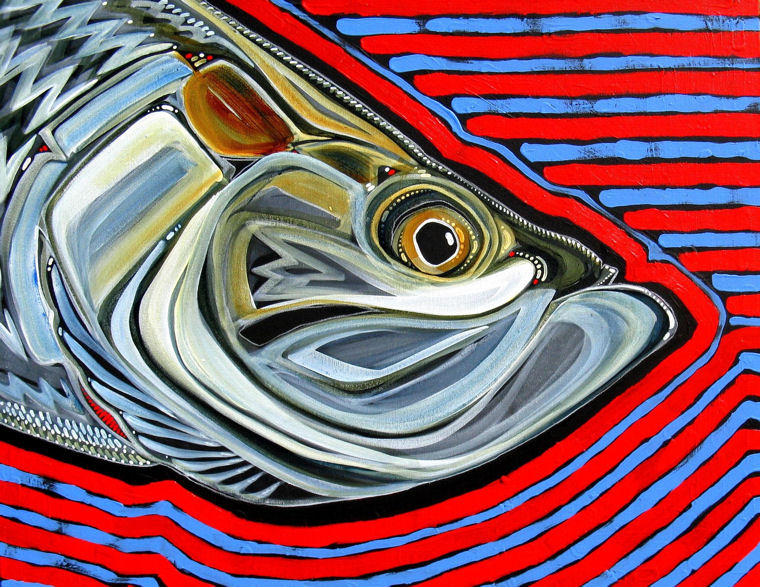 A man who has lived a wild life. Born in Tampa and raised in Naples, he served in the Navy and  became a guide in the Everglades after his enlistment ended. In 1989 he was arrested by U.S. Customs for conspiracy to import marijuana. He plead guilty and was sentenced to 5 years federal time. It was in prison that Whitlock found his love for painting.

I am skipping a lot, but after prison he took his painting to the next level and now his past and present corporate clients include current and past corporate client list includes Bass Pro Shops, Cabela’s, Coastal Conservation Association – Florida and Texas, WorldCat Boats, Century Boats, Hell’s Bay Boatworks, HART Puzzles, Inc., American Products Group, Tervis Tumbler, Texas Parks and Wildlife, and The National Rifle Association.

From puzzles to prints and pencils sketches and other merchandise, Whitlock has a a lot to offer. One of the things that I think is super cool that he does is “chart art”.

We’ve all seen fish painted in one way or another, but the places themselves where we all go to chase them are pretty cool as well. This girl does some awesome, creative stuff, both fishing and non-fishing themed (she does some really cool holiday crafts too) I have one of her peacock bass pieces hanging in my living room. She’s local to the Tampa Bay area too! I highly recommend. Some people consider writing an art, I think that is true for people like Hemingway and great writers like him. Me? I am no artist, I’m just a guy who likes to tell stories about fish, fishing and share information with anyone who will listen. If you’re interested in reading more of my work, check out one of my latest posts, “Silver Kings at Sunset in the Glades”.

2 thoughts on “My Top Fishing Artists”