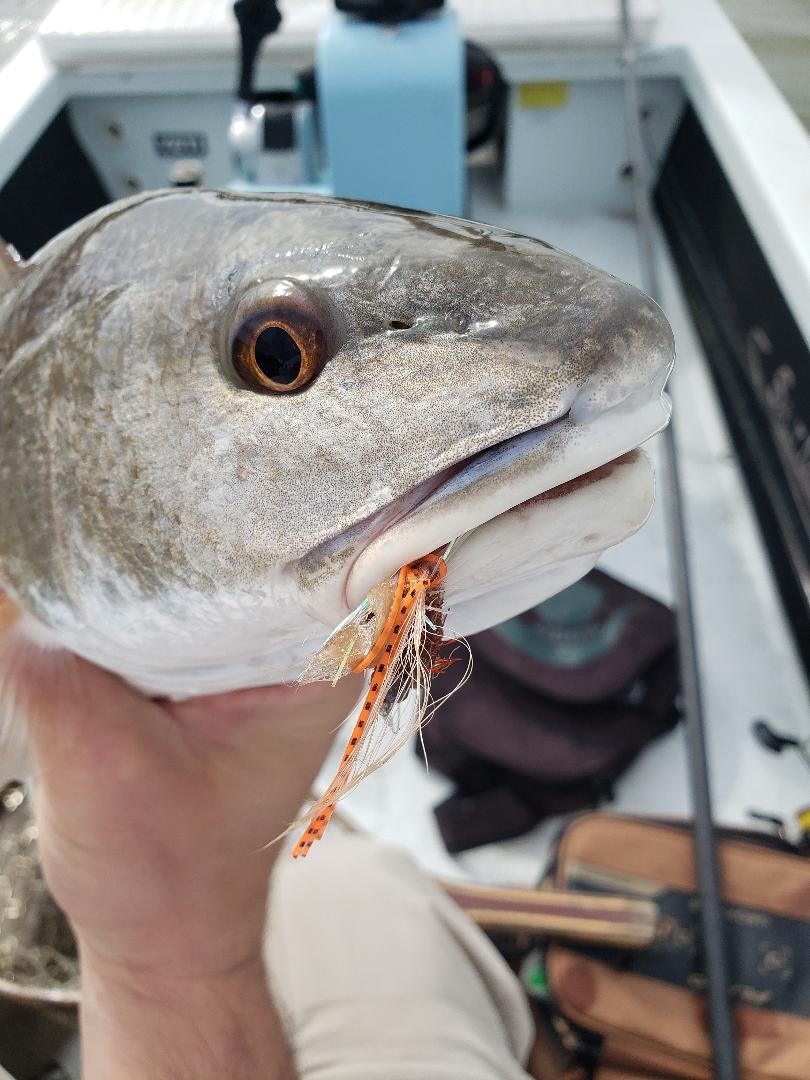 I’ve written many times about fishing for Chassahowitzka redfish, it’s one of my favorite things to do. I swear there are more fish up there than people. Chazz is one of the wildest, most out there places you can go to, and it’s only an hour and a half from Tampa!

The morning started off cool, calm and with a falling tide. The tide was still a bit high and we had plans of fly fishing, so we decided to fish with jigs. Three inch D.O.A. Cals were the choice.

I was fishing the jig with a “pop and sit” motion. I would let the lure sit on the bottom then “pop it” by flicking my wrist and jigging my rod causing my lure to jump then settle back to the bottom. Most often I would get bitten on the drop, that is when the lure was falling back to the bottom.

We were contouring mangrove islands and oyster bars, and at just our second spot I boated a lower slot redfish.

The water was taking much longer to recede than we had previously anticipated, thus leading to us spin fishing most of the day. We had success, Nick and I each boated a few keeper reds and trout. We each harvested one red and one trout, a special treat as catch and release is the norm for us.

Redfish regulations can be found here.

As is typical on the water, conditions can change rapidly and often become challenging.

The water level dropped to where we wanted it, but it clouded over yielding very poor visibility. 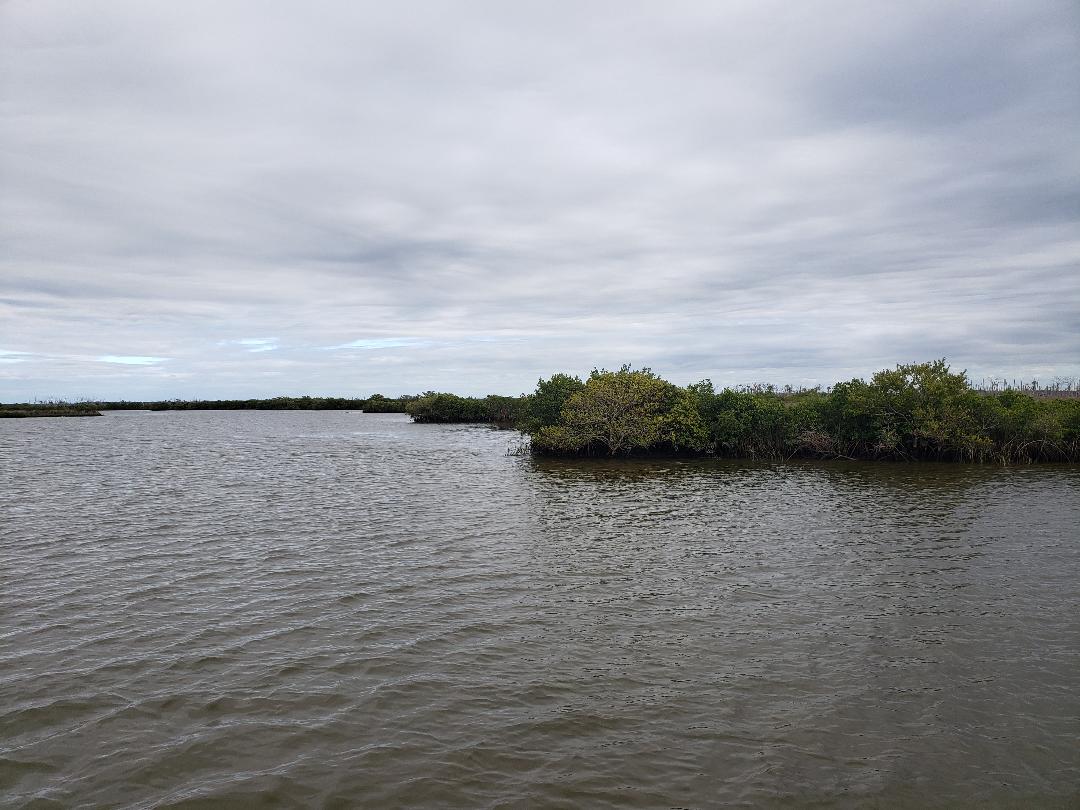 We polled down the shoreline looking for fish, only to be met by dust clouds from blown out fish that we never saw. The key to our success this day, as in most days, was to go slowly. If you think that you’re moving the boat slowly, move it slower, as speed causes wakes which give you away.

Because we were being as stealthy as possible, I was able to spot a fish a mere three feet from the bow. I plopped my fly down right in front of the cruising fish which I could barely make out. I lost sight of the fish for a brief moment and so he either turned around and smacked my offering, or he had a friend following behind him that I couldn’t see, because I got slammed!

Round and round the fish went, repeatedly digging and trying to go under the boat. After a relatively short, yet exciting fight, I netted my fish, a prototypical Chassahowitzka redfish. 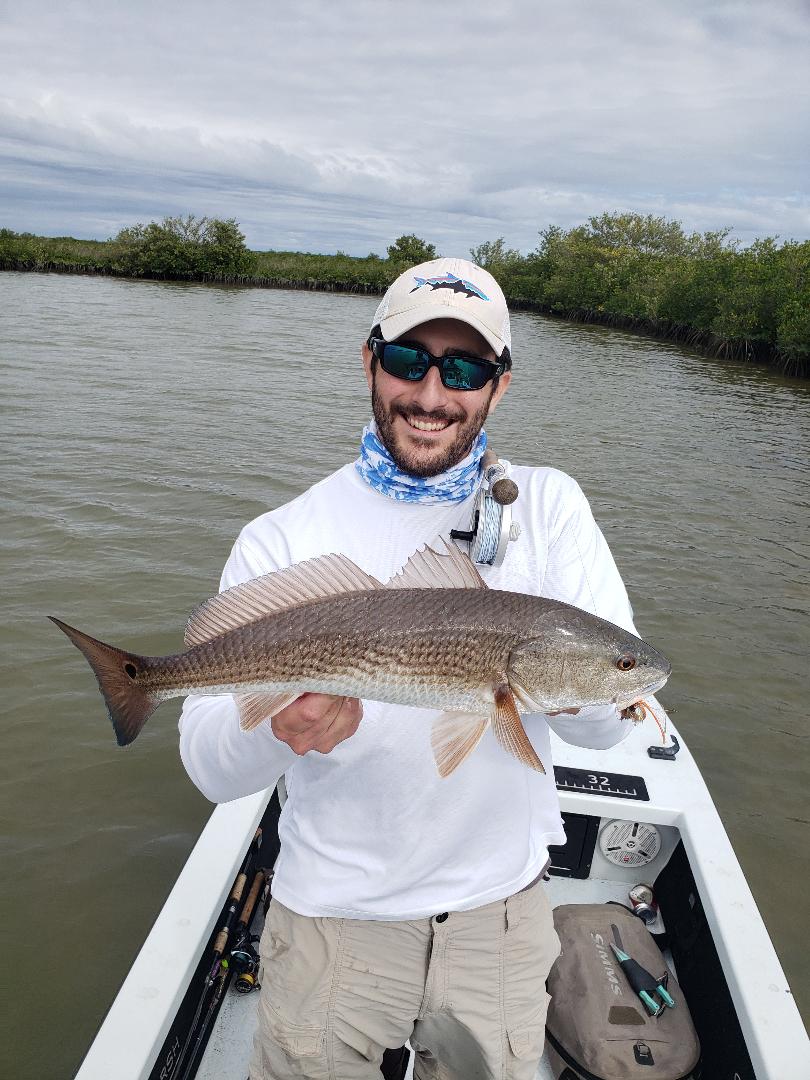 He was released safely to fight another day, but my redfish from the morning wasn’t so lucky! I release 99% of the redfish I catch. On the rare occasion when I harvest a fish, I do so in an area of the state where I feel good about their numbers, the Big Bend and Nature Coast for example. Even then I do this once in a very blue moon.

Many moons have come and gone since the last time that I ate redfish; it’s absolutely fantastic on the table.