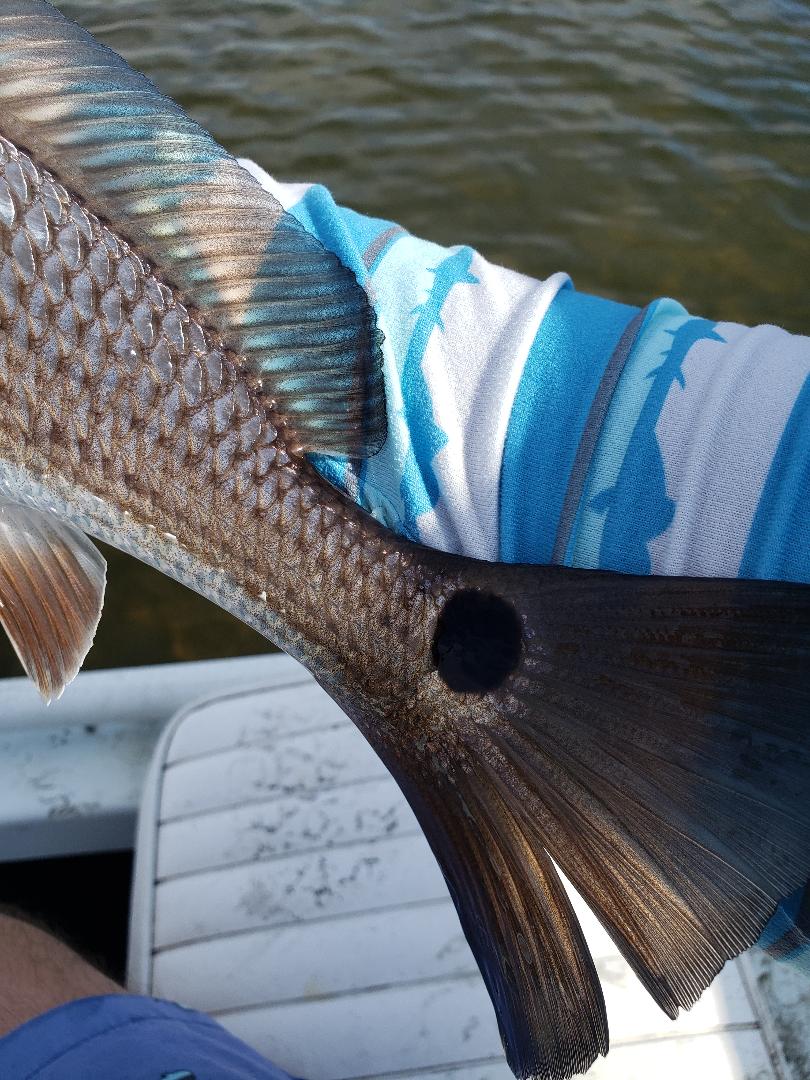 I’ve been up to Homosassa on the Nature Coast to fish with my good friend Nick Fish a number of times, unfortunately we’d always had precious little to show for it despite making tremendous efforts. This is a story of a week or two ago where the good guys finally won one.

Nick is a PhD. student at the University of Florida, I used to go up to visit and we’d go up to Cedar Key to fish for redfish in his canoe. Now, Nick has a 14 foot Saltmarsh technical poling skiff and we take that to fish Chassahowitzka.

Below you have views of the SS Fisch as well as a nice Cedar Key redfish in the canoe.

Chass is an amazing place, it’s a huge wilderness area where people go to both hunt and fish as well as to get away from the busy suburban and beach life. It’s rare that Nick and I see another boat when we’re out poling the flats. Aside from the amazing natural beauty and abundance of wildlife, Chass, Homosassa and the surrounding areas have another unique characteristic, they are notoriously difficult to navigate. Giant limestone outcroppings and bounders routinely blow out lower units in this area, it’s not for the faint of heart.

Below you can see some beautiful views from atop the poling platform.

In any case, Chazz is an awesome place, there’s a ton of fish huge redfish and quality snook, however we hadn’t historically done very well. A few small reds and snook on artificials (once the conditions for sight fishing on fly aren’t good anymore we switch to spin), as well as pulled hooks and refusals characterized our past Chazz trips.

Regardless, we remained hopeful, especially after Nick caught the fish pictured below a few weeks before this trip. 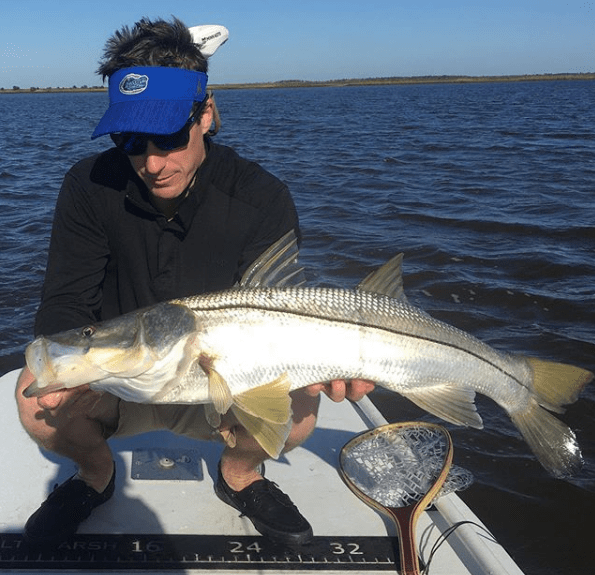 Our day started out pretty standard, putting the boat in and running with great care to the first flat that we were going to fish. We finally got off plane and started polling; empty water all around us, not a single sign of life anywhere. To make matters worse for us, the tide was still dropping which caused the water to eventually get so low that we had to get out and push the skiff, we couldn’t even pole.

However, what Mother Nature taketh, she giveth as well. The tide change brought moving water that enabled us to pole without issue, it also brought fish, a lot of fish. After working a few shorelines we came upon a tailing redfish who was happily munching without a care in the world. Unfortunately, my cast was a little too far and before I could get it in front of him, I hooked an oyster. No problem though, Nick will get him right? Nick dropped the pushpole and it banged against the boat immediately spooking our bronze friend.

No matter, on to the next area. I spotted a large, upper slot red who didn’t seem to mind our presence in the shallow water. Good cast, slow strip… slow strip… slow strip… BANG, crushed it. The red clobbered my fly, however he shook his head in fashion totally unbecoming of a red, more like a snook, and my fly came flying back into my face.

My last chance, Nick had given me significant bow time. We came around the corner into a cove in which I spotted another tailer without a care in the world. Unfortunately he was essentially sitting in a bush so my good cast was wasted by snagging the fern and spooking the fish.

I spotted another red working down the far shoreline. I sailed out a perfect cast, let it sink, gave it a few slow strips and WHAMMY! It got crushed. YES! I shouted! This was a solid hook up too, I knew this fish was on, however the fight felt like an eternity because I was thinking about my lost fish from earlier in the day.

The red fought like a prototypical red drum, using his broad shoulders to dig down into the mud. At one point I got really scared because he was able to get down under the grass and I was worried about a break off, however I was able to assuage this by using a little extra pressure. He screamed drag multiple times, however he eventually was defeated and was brought boat side for Nick to net him.

My fish measured 24 inches, right in the slot. The Nature Coast currently doesn’t have redfish closed for harvest, so we threw him in the Yeti for dinner.

I polled Nick around the rest of the day, and while he did have some follows and looks, no takers on fly. We decided to turn on the trolling motor and work the mangrove shorelines with soft plastics. Nick was rewarded with a redfish!

It was overall a great day. We had to work hard as per usual, but the good guys finally came home victorious from Chazz. Catching that red made it all worthwhile; the waking up at 5:30 to drive an hour, the 54 degree weather, the poling and pushing and heartbreak. All of it is worth it 100 times over when you get a fish to hand on fly, especially a quality fish.

You can be sure that we’ll be back to the Nature Coast again soon.