Usually no one ever says, “let’s go flounder fishing”, but we did. To the St. John’s we went.

Since the early 1900s the University of Florida has played the University of Georgia in football at a neutral site, since 1930, that site has been Jacksonville, Fl. There have been different sites and iterations of the event prior to this, but it is typically played in late October and is referred to as the World’s Largest Outdoor Cocktail Party.

This is because of the day drinking and debauchery that goes along with it for all of those who couldn’t infer.

While we were certainly there for this, we were also there for another reason, flounder.

Flounder aren’t typically a frequent catch for most Florida anglers, and most certainly don’t actively target them. To be fair, I don’t blame them.

Flounder bite subtly so you may not even know there is one on the line, flounder get off the hook easily and flounder are really only caught inshore. Additionally, there are also not that many flounder around the state because of commercial harvest and because whenever someone catches a legal fish (only 14 inches) it is immediately killed – flounder taste amazing.

In the past year, fishing in Dunedin and Palm Harbor, I have caught 3 flounder. That was blown up in Jacksonville by MAGNITUDES.

The St. John’s is a mighty river, it is a major waterway in Florida – the longest river in the state at 310 miles! It flows north from its headwaters at Blue Cypress Lake in Indian River County to its mouth where it empties in to the Atlantic ocean east of Jacksonville.

The biodiversity in this body of water is insane.

At some point in the flow of this river you can find at least some of these species. We found quite a few.

Here’s the 411, flounder migrate through the St. John’s River to spawn. For this reason, there is a massive abundance of them in the St. John’s in the Jacksonville area in the winter months. Not many things in fishing are a sure thing, this was a sure thing. This was a guarantee.

We fished around similar shorelines and structure all day, bridge pilings and rocky shorelines. They aren’t complicated fish, they sit on the bottom and if something goes by their face they slam it. However, these fish don’t chase lures and they don’t “sniff out” baits and come eat things.

In other words, your offering has to end up in front of them to entice a bite. Once they do bite, they often get off, there are a few reasons for this.

We caught a pile of fish. Speckled trout (lost a personal best at the boat), croaker (one on fly), silver trout, a 7 spotted redfish, and of course, flounder! We caught 20 flounder, three of which were 20 inches and none which were less than 14. My friend Nick may have had the numbers, but I was actually able to accomplish the North Florida Slam: redfish, trout and flounder in the same day. That’s pretty cool. 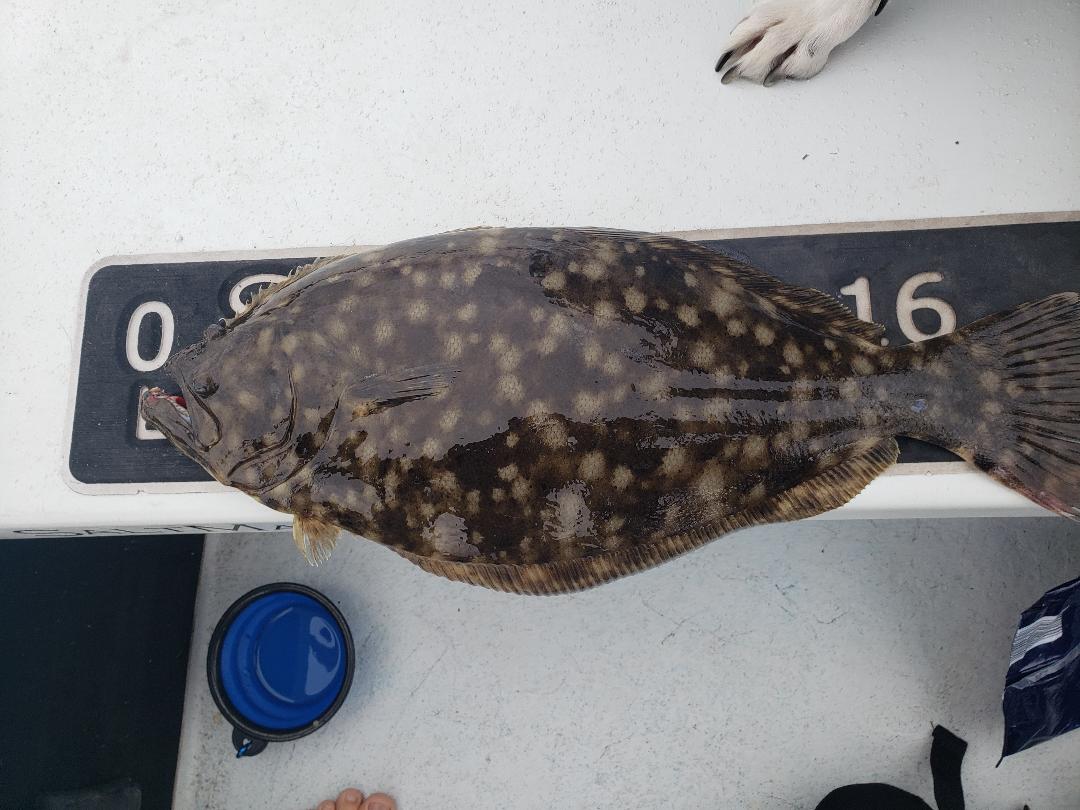 Check out this awesome sequence of skiff dog Sushi. He was hungry for flounder!

**Note: Flounder are currently closed in the northeast region so all fish were released.

We had an incredible day fishing, I won’t ever have a day of flounder fishing like that ever again… unless I return to Jax.

After this we went to Jacksonville Beach which was a great time and prepped for the big game the next day.

Number one UGA beat down the Gators, but the seats were just ok.

If you want to learn more about flounder fishing, sorry, can’t really help you. But if you want to check out some of my most recent adventures, you can read about my trip to Mosquito Lagoon here.

2 thoughts on “Flounder Fishing in Jacksonville and UF vs UGA”