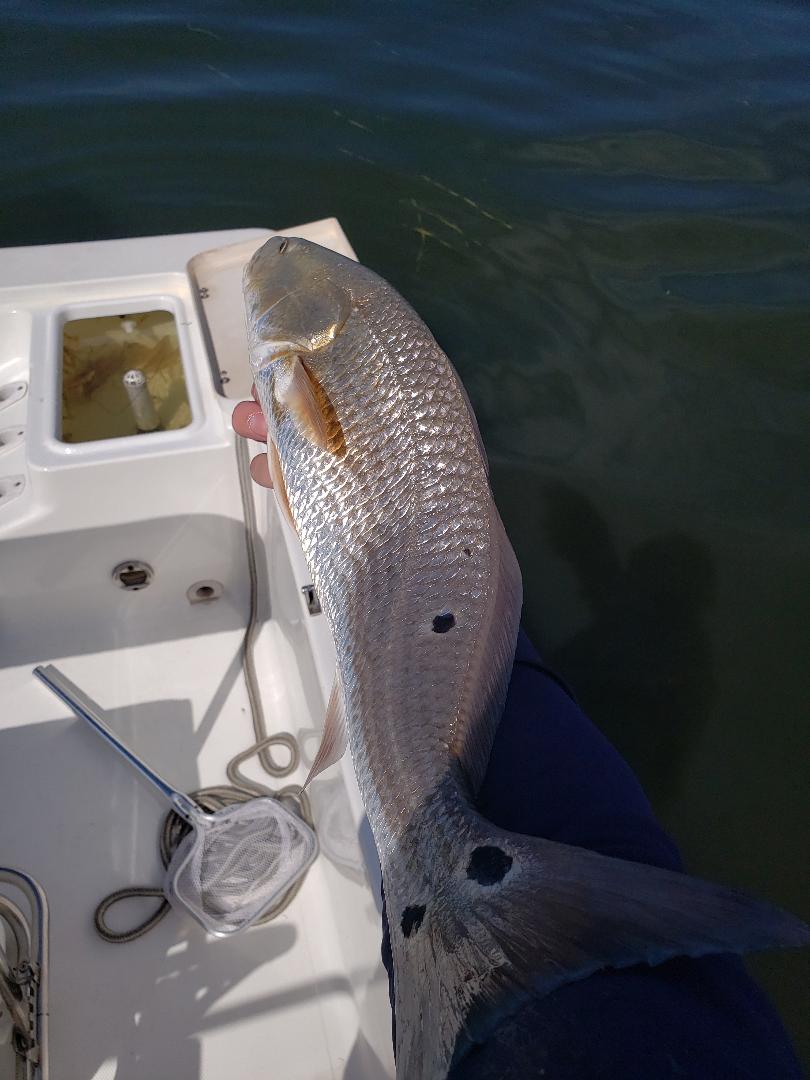 I grew up on Florida’s Sun Coast between Tarpon Springs in the north and St. Petersburg. I learned to fish these waters from guys who have fished the area for 20 plus years and have revealed its secrets. Here’s a recap from a recent trip that I took which turned out awesome.

They say success loves preparation. While this is usually true, sometimes I find that just going with the flow has yielded some of my best fishing trips in the past; this day was no different.

Normally, I make an effort to go catch bait, I didn’t.

Normally, I make sure that I get good shrimp if I’m not throwing jigs, didn’t do that either.

I grabbed a few dozen of the shrimp that the marina had, left the cast net at home, put the boat in the water and screamed off towards the horizon. I did at least have an idea of where I was going.

I tried two spots but had no success. When you do the kind of fishing that I was doing that day, pitching baits under docks, the fish are either there or they’re not. The first two spots were strikeouts, but that just meant that I had to keep trying until I found them. Find them I did.

On the third dock, a juicy shrimp pitched deep produced a sheepshead. I was happy that at least there was a fish in the boat.

Two casts later, my friend Jose got absolutely slammed. He wrestled with the fish for a good minute before it eventually bent out his hook. It had to have been a giant.

We hooked three more fish that either bent out hooks or snapped 30 pound leader. The only fish landed up to this point besides the sheepie was a beautiful 7 spotted red.

After this we got the idea that these fish were not to be trifled with and really went to work getting them out of the dock, but also playing them once out. They key when fighting big fish is not only to hammer down and get them away from the danger zone (structure), but then to ease up on the drag and let them run a bit. Once they can run you can get your reels in and eventually turn the fish to the boat. 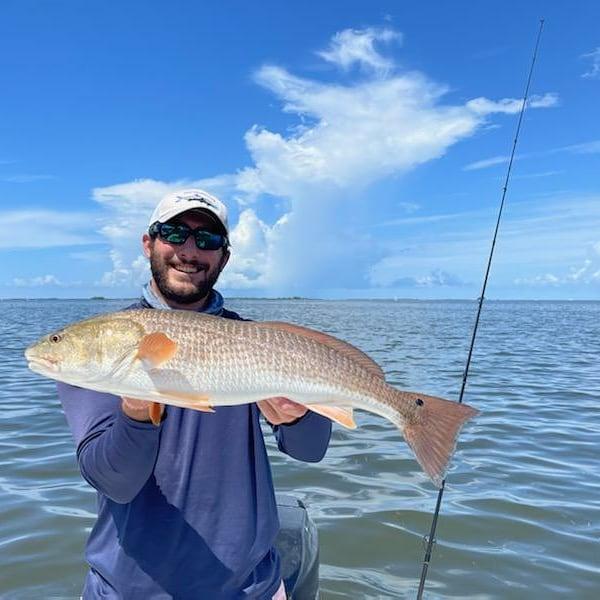 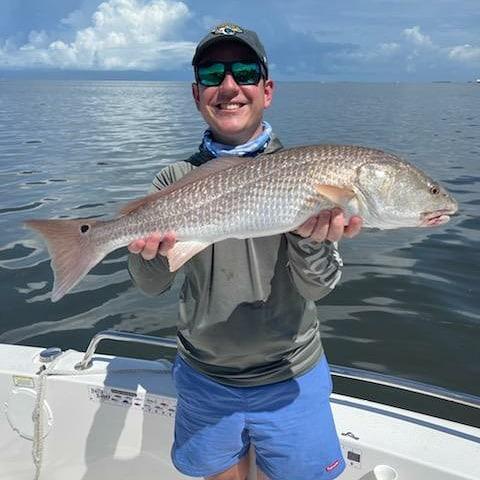 It was an absolute buffet. More upper slot redfish than I could take pictures of. Every fish was absolutely crushing baits and they were all very quality fish. What was even wilder was the fact that they were eating small shrimp, it was literally an “elephants eat peanuts” situation.

We wrapped up with a few rat reds at the end of the day at a spot near the ramp and called it at 1:30. All of this action went down in a 3 hour span. It was one of the most memorable redfish days that I have ever had.

If you’ve never been to the Sun Coast, I highly suggest that you do. It’s an extremely beautiful and fishy place. It may not get the attention of other areas of the state, but I promise it’s just as good if not better! For more information on this area visit FloridaSmart.com.

If you want to read more stories about catching redfish, check out some of these other blogs that I have written such as: