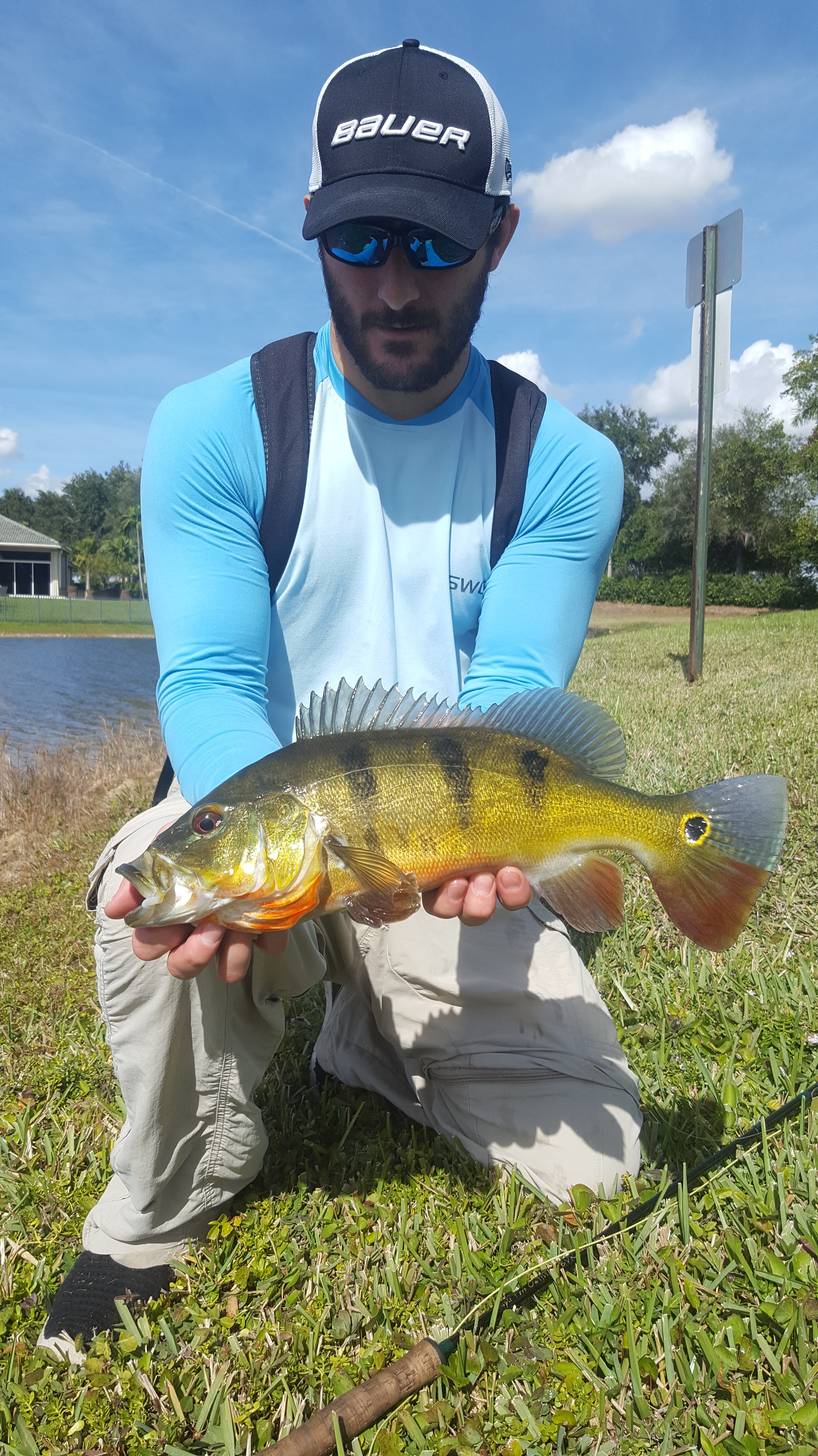 Last week my good friend Jarek and I went down to Fort Lauderdale to visit our friend Chris Sexton and catch peacock bass. Hence the title.

I couldn’t wait for the work week to end, in other words, I couldn’t stop thinking about it. We had tried to plan the trip for so long, but things kept coming up and getting in the way. Finally we made it happen, after work ended on Friday I flew home, loaded my car and went to get Jarek so we could embark on the four hour trek down to Broward.

We had both caught peas before, but they were all small fish. When we went to Islamorada a few years back we made multiple attempts to locate fish but were only able to find them reliably in the Aerojet Canal. Regardless, a peacock bass on fly is a peacock bass on fly. You can read about that trip in detail here.

I had tried to fish for peas a few times on hockey trips to Miami, but it was always a pain and I was never successful at landing any. Chris had the fishery dialed in so I knew that we were going to get on fish.

We arrived at Chris’ apartment around 10:30 and after talking for a while we decided to hit a tarpon pond walking distance from Chris’ apartment. We henceforth found cooperative fish that were a great way to start the trip.

The spot was very unique as you can see in the video below. It was right next to the highway, in the background you can hear the cars zooming by. To get to the pond we had to hop a small fence, but like so many similar places it was worth it.

After catching tarpon we walked back to the apartment and stayed up until three in the morning tying flies. 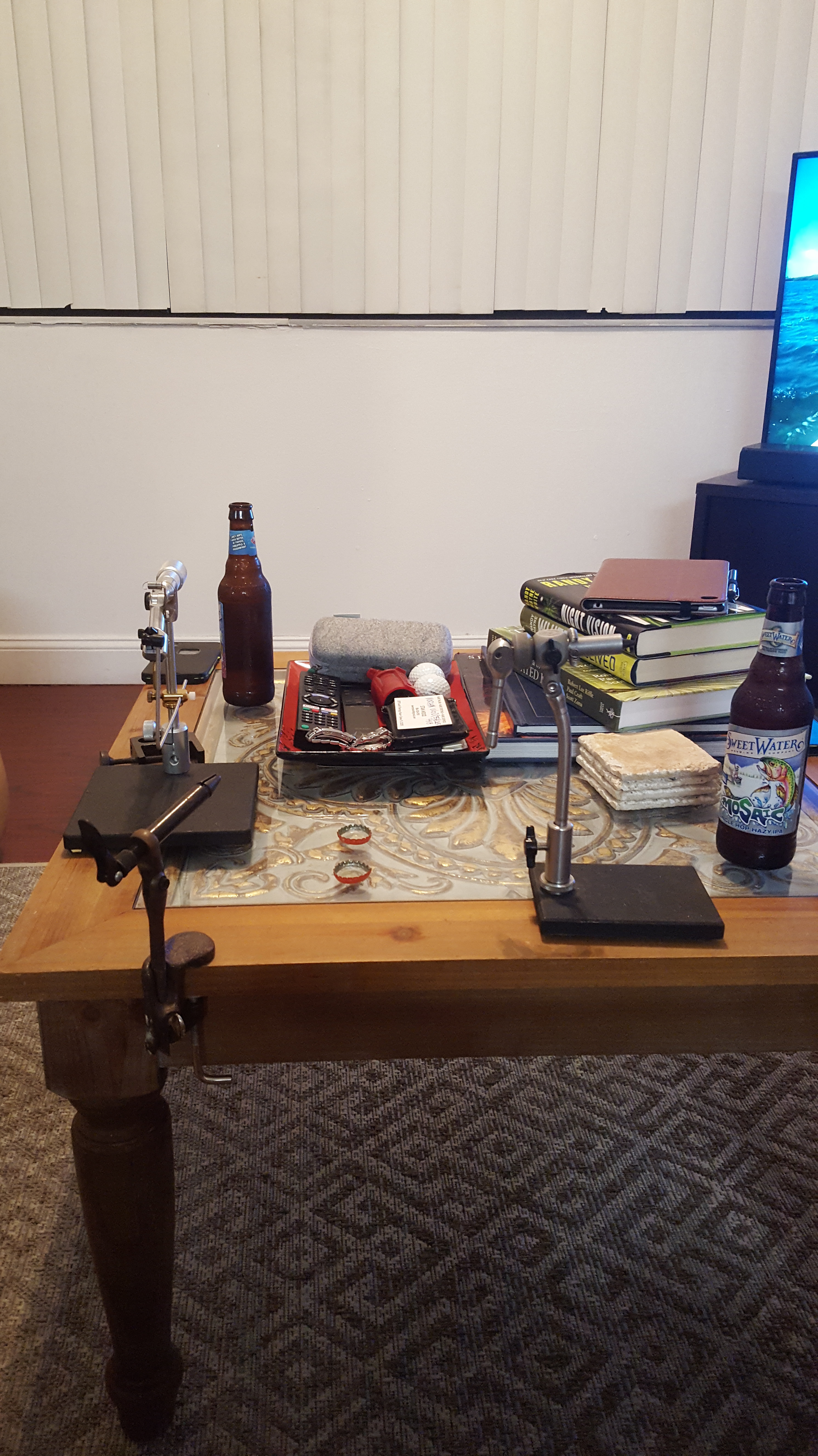 We loaded our boxes with our creations, surely war ready for the next day and went to sleep.

We only slept for about three or four hours but awoke feeling ready to put in the work and find some fish. After a McDonalds breakfast that you could certainly call questionable, we were off to navigate the mystifying and twisting Broward County canal system.

The first canal we visited was full of snakeheads who were very spooky and large peacock bass who also, strangely, were all super spooky. The fish were all hanging under limestone outcroppings and would immediately bolt the second you came close.

After a finding the same scenario at multiple places we drove even further south and finally found them. Despite a tough wind and clouds, we made it work, blind casting a drainage pipe. Chris was the first to hook up and I quickly followed suit. In fact, I was fighting my fish as Chris was releasing his.

If you look closely, in the second photo where Chris is looking back, you can actually see my bent rod.

When I first hooked into the fish I thought that I had snagged the bottom, it was just a heavy thump and weight. Then the fish took off towards the middle of the pond – these fish fight like snook not so much largemouth bass.

We continued catching fish at various spots for the rest of the day and had an absolute blast despite them being smaller than the ones we previously hooked.

After a long day of catching peacock bass we then decided to wind the night down with more fishing! We headed to a local spillway and threw artificials, subsequently, Jarek caught this nice snook pictured below. 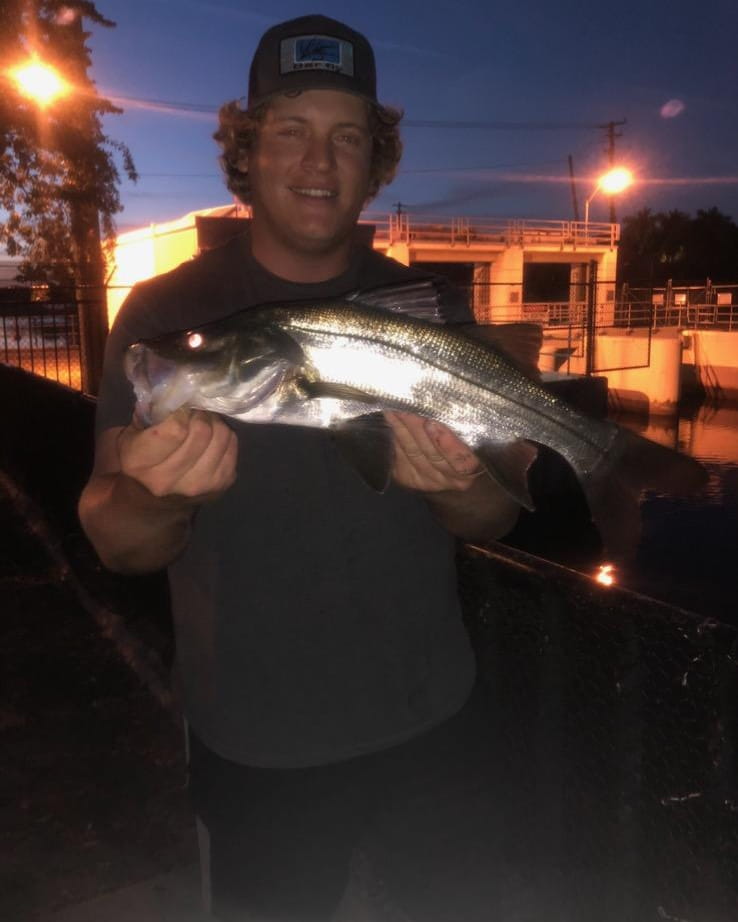 Finally we were all fished out, we headed out for dinner to a place with half a dozen dock lights that featured big tarpon, jacks and giant, inshore mangrove snappers. The food was good, but the atmosphere was better.

Finally, after two great days of fishing Jarek and I hit the Alligator Alley back home to Palm Harbor. By this point the weather had seriously deteriorated, it was raining and blowing at least 20 miles per hour. Regardless, on our way home we stopped in Punta Gorda to hit a golf course that had salt ponds on it. I caught two ladyfish despite the horrible conditions and was excited at what other fish could be in this sanctuary, until some hardo called the cops on us and we got swiftly kicked off the course. We continued the drive home and arrived safely in good time.

Above all, a big thanks to Chris for showing us around Ft. Lauderdale and putting us on fish while letting us couch surf for a couple days. It was an absolute blast and hopefully we can get on fish again soon.