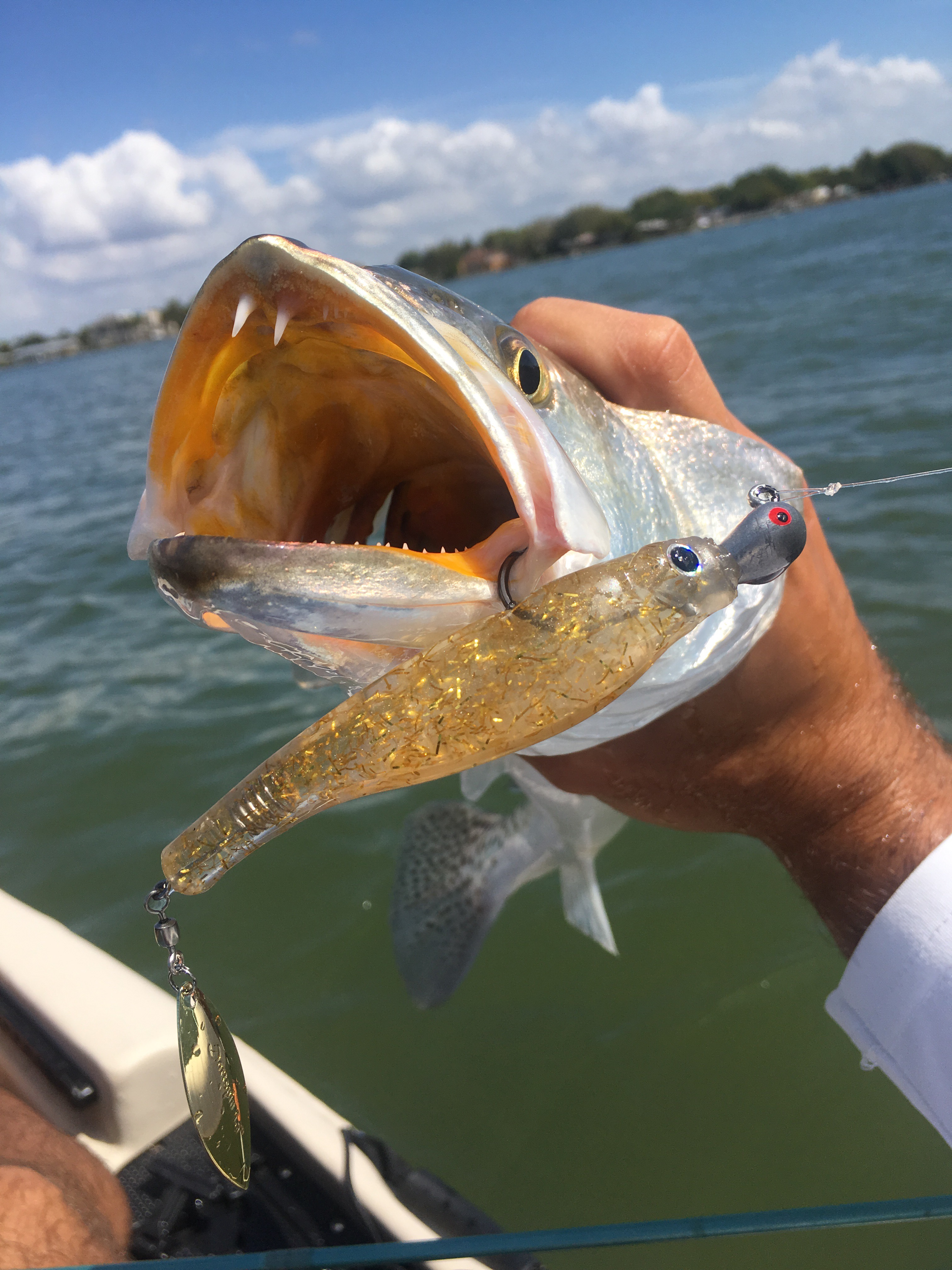 As a fisherman I exist in kind of a weird space in that I love fly fishing and consider myself an avid fly angler, but I also love throwing bait. However, the one thing that almost never do is throw soft plastic artificials. Sure, I will pick up the occasional MirrOlure or Rapala, but for the most part I don’t throw artificials – especially soft plastics, let alone a dartspin!

Despite this fact, I was more than up for the challenge when Patrick Sebile’s A Band of Anglers asked me to review the new Hyperplastics Dartspin. In addition to having to review these soft plastic baits, my former college hockey teammate asked me to review his family’s new clothing company, Protect Your Tail. In addition to having links throughout this piece, I will also include the links to the websites and social for both of these products at the end of this blog.

While I knew that this was a doable task, I felt that I could put a new spin on this from my usual blog posts. I decided to do my first collaborative post, that is why I reached out to Brent Schirmer. I grew up playing hockey against Brent and his older brother Garrett, we lost touch over the years, however we reconnected through social media. Upon seeing his Instagram and specifically his YouTube channel were filled with awesome fishing content, he could clearly fish and also made awesome videos – this was the guy who could really help me produce some great stuff. Hence, here we are.

I reached out to Brent through Facebook and gave him the details, Hyperplastics is under the banner of A Band of Anglers, legendary lure maker Patick Sebile’s new company which produces a ton of awesome lures. For example, Hyperplastics, the popular Spooltek brand of lures and Oceanborn which makes large poppers and bucktails for the offshore game.

Protect Your Tail was started by my former teammate’s mother who was once ailed by melanoma. She had the melanoma removed before it spread, but it still left her with psychological trauma. As she said, “a lung cancer survivor could avoid smoke, an alcoholic could avoid booze, a heart attack patient could avoid fatty foods- but how can I avoid the sun?”. Now she is trying to end melanoma one tail at a time, with clothing that is all around fashionable but also available at a price that puts some other sun protective clothing to shame. 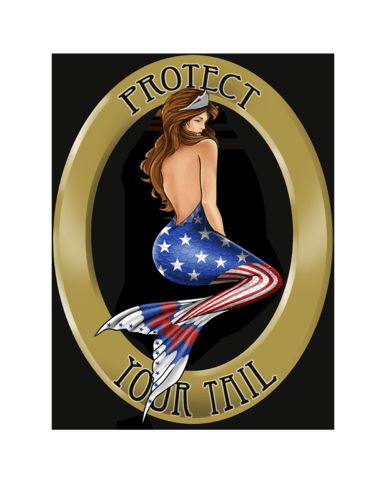 Brent was in, as I write this blog he is editing the video of our day which will be on his YouTube Channel Thursday. In addition to posting in text, I will also post all his social links, at the end of this piece We made a plan, set a date and got after it. Last Saturday we met up at his house in Dunedin, rigged up and put our kayaks in from right behind his place to set off on our journey.

It was a hot, bright sunny day and the spot where we went to had been producing quality trout, redfish and snook recently – conditions were certainly perfect to test these products.

The bite started slowly, we each missed a few fish but overall not much was happening until the tide changed. Once the tide started coming up the fish turned on. Brent got slammed but ended up losing the fish and not five minutes later I caught a solid 19.5 inch trout that absolutely choked my gold Dartspin. Because of how deeply it ate the bait he ended up coming home for lunch.

If you look closely you can see just how deeply that trout inhaled the bait.

While that trout was the only fish that I landed, Brent came away with a 21 inch trout, an 18 inch redfish and a 23 inch redfish.

We each lost a few good fish, but also caught some quality fish as well. It was an awesome, super fun day finding a new spot and getting out on the yaks. The bottom line is that these lures produce. We threw clear gold and white, however they are available in a wide variety of colors. The unique spinner bait style tail not only throws off flash and vibrations, but also keeps your bait from being nipped to shreds by pufferfish. Additionally, because of the blade style tail you don’t really even have to work it that fast or erratically, just popping it and swimming it back to the boat will suffice. You can check out these baits and get yours here.

As for my review of Protect Your Tail, it kept me cool all day, it wicked away sweat and I did not burn at all. It was comfortable, has a unique design and is imbued with UPF 50+. If you’re looking for sun gear such as polos, fishing shirts, 1/4 zips, hats and more that is both stylish and effective while also being affordable, (unlike some other brands) check out Protect Your Tail.

Make sure you follow these awesome companies as well as Brent for some awesome content and our video review coming out this Thursday, (3/14).