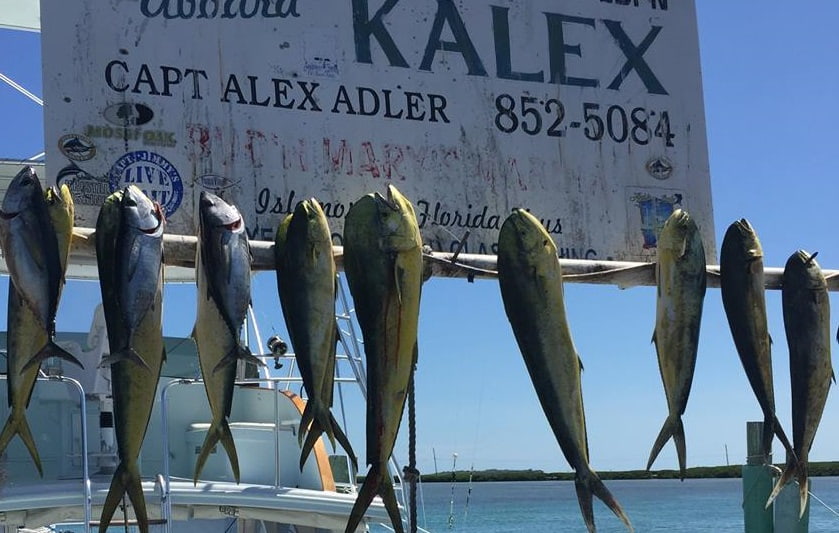 The crew had been in Islamorada for a full day now. We had done what we planned to do – feed the tarpon at Robbie’s, spent obscene amounts at World Wide Sportsman and snorkeled behind our resort.

Hand feeding large tarpon at Robbie’s of Islamorada is certainly one of the coolest attractions in all of the keys. Likewise, the food’s pretty good too.

We had a big day the next day on the Kalex, that being said, we got to bed early that night. When the alarms when off the next morning, we excitedly rose like it was Christmas.

Now that it was our second day, it was time to get to fishing. We started out with Captain Alex Adler on the Kalex at the world famous Bud N’ Mary’s Marina.

Riding out on the Kalex

We were blasting off at least 20 miles into the Atlantic Ocean to fish in hundreds of feet of water. In contrast, I usually fish in single digit depths! That being said, even the times I had fished offshore before, I had never been out that deep!

Above all, my favorite fish in the world is the dolphin. So our game plan was troll ballyhoo, feathers, etc. for dolphin, with the expectation of possibly picking up tuna, wahoo, sailfish – the usual pelagic gang. We trolled around all day and caught quite a number of blackfin tuna as well as plenty of dolphin.

On our way back in we found some floating garbage. Jackpot. For those unfamiliar with offshore fishing – specifically fishing for pelagics such as dolphin or wahoo, any sort of flotsam can be a fish magnet. Check out my post, “Into the Blue” for more on offshore fishing. It can range from most commonly weed lines of sargassum to a floating pallet, crate, crab trap or any assortment of garbage.

In other words, we slayed.

While there were no wahoo or dolphin below this collection of variable trash, however, there were many almaco jacks which were strong, aggressive and more than happy to give us a fight on our fly rods. We also found a large collection of tripletail. The trips chased flies but only took on chunk baits.

Tripletail are some of the most delicious fish anywhere, also they’re absolutely wild looking.

We had an epic day offshore on the Kalex (as featured in the cover photo). After showers and relaxing at the pool we then went to my favorite restaurant in the world, Lazy Days. We brought our fish with us and it was prepared at the restaurant. Just like the last time I ate at Lazy Days, the food was incredible. 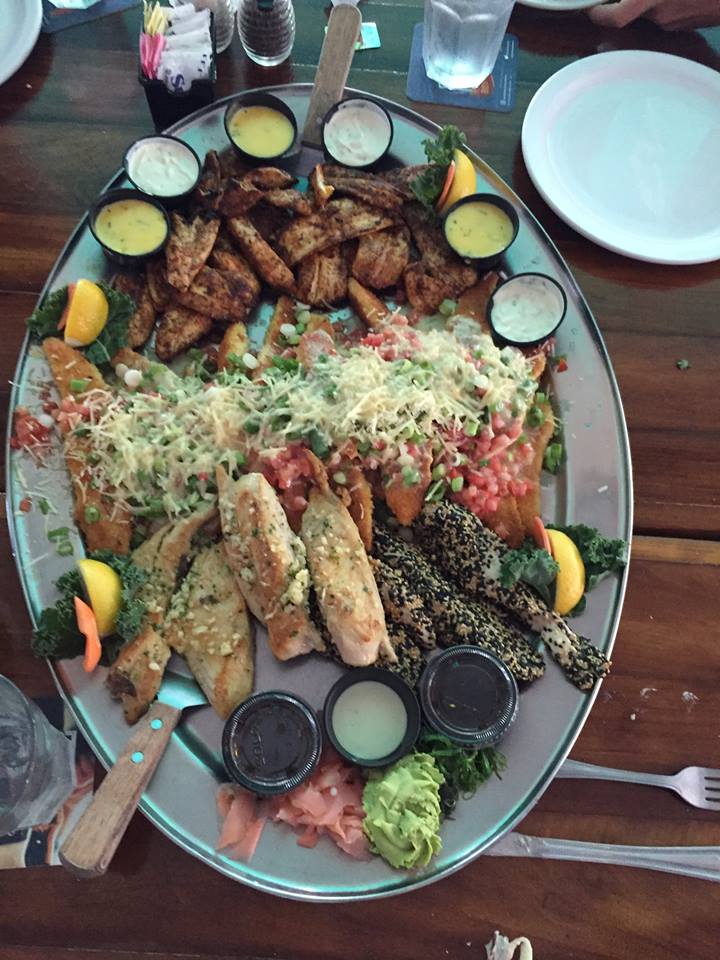 This fish sampler consisting of dolphin, blackfin tuna and almaco jack bested us. That is to say that it  couldn’t be finished by the five of us.

Overall, our first day of fishing was amazing, our captain and mate were great and we took home plenty of fish. So I would like to give a special thanks to Captain Alex Adler and his mate Daniel who worked hard all day and put us on fish.

Hence, I will absolutely be back on the Kalex again one day. Hopefully that day is sooner rather than later!

For more information about fishing on the Kalex contact Bud N’ Mary’s Marina. I promise that you won’t be disappointed. Additionally, check out the Kalex on Instagram!

**Note: Just because you book a guide, does not mean that you’re guaranteed fish. One of the many reasons that our day was so epic.