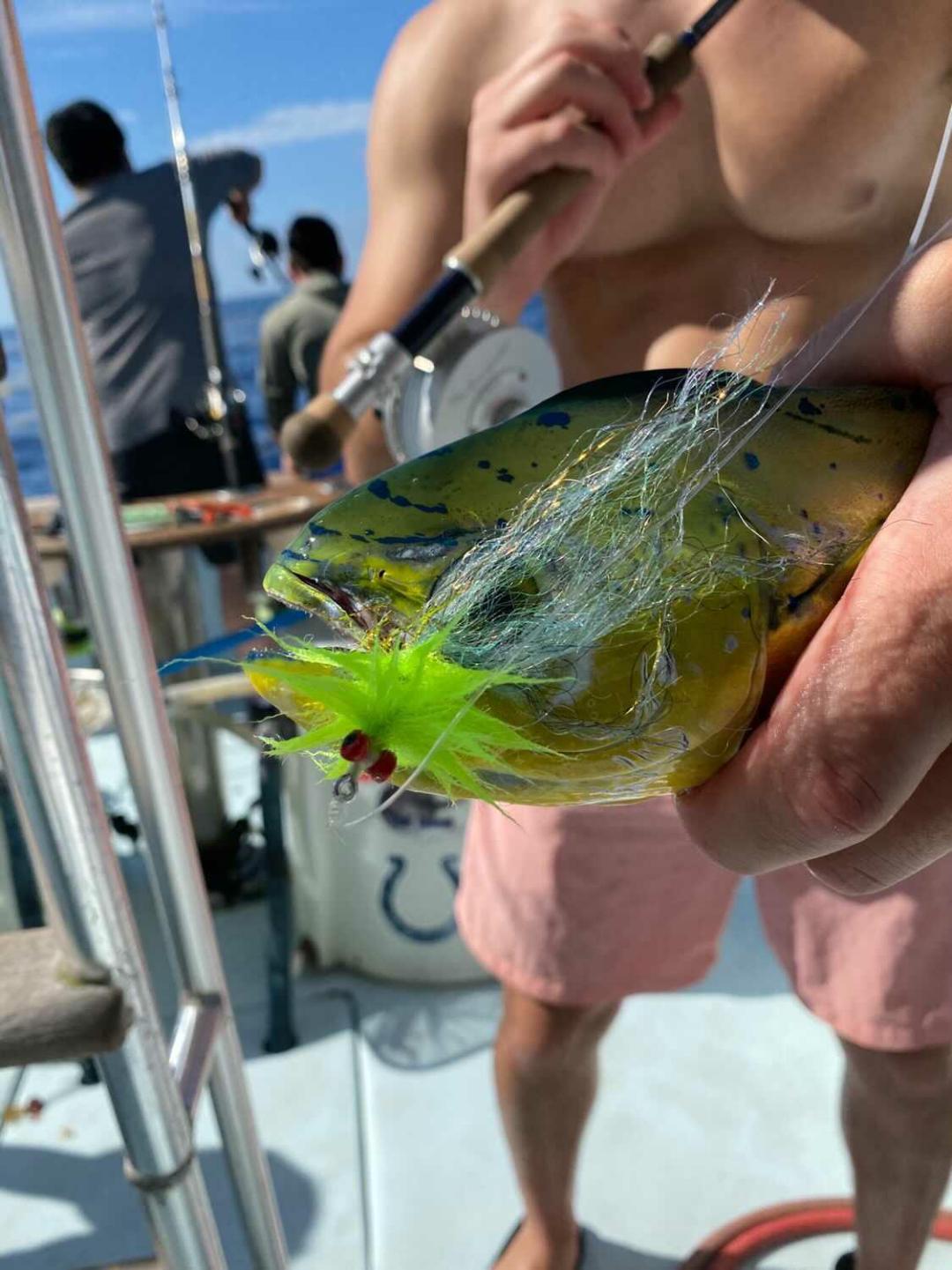 I absolutely love the Florida Keys. So much so that I try to go once a summer to pursue a variety of gamefish. One of the biggest and best reasons is to chase dolphin on fly!

As per usual, my keys trips require extensive planning and execution to ensure success. Who would be going? When and where would we be fishing? Where would we stay?

These were all questions that had to be answered.

On this occasion, I was joined my friends: Alex, Farzin, Jose, Spencer and their girlfriends. We stayed in a three-story townhome in Key Largo that was comfortable and spacious.

All of the above was the hard part. The easy part was figuring out the fishing, Bud n’ Mary’s would be the locale, obviously.

I have fished with a number of great guides at Bud n’ Mary’s; Charles Hertel (inshore), Paul Ross, Hunter Barron, Perry Scuderi (inshore) and more. I decided this time, to return to a boat and captain that I had fished with before to try to get a dolphin on fly, Alex Adler on the Kalex.

As I said, this wasn’t the first time that I had fished on the Kalex, you can check out that story here.

The plan was to troll the weed lines to try to find tuna and schools of dolphin to pitch baits and flies to. However, before Islamorada, or Key Largo for that matter, I had to make a pit stop.

Peacock bass are my favorite freshwater fish to target and one of my favorite fish to target period. Whenever I am anywhere near South Florida I have to try to go catch one. I have written about this many times in the past, but my most recent piece on fishing for peacocks can be read here.

I was excited to not just try to catch a dolphin on fly as well as a peacock bass on fly, but to do it on flies that I tied myself. See below.

I had other flies as well which I had acquired from local Tampa Bay fishing shop, Monsters and Minnows (see below). 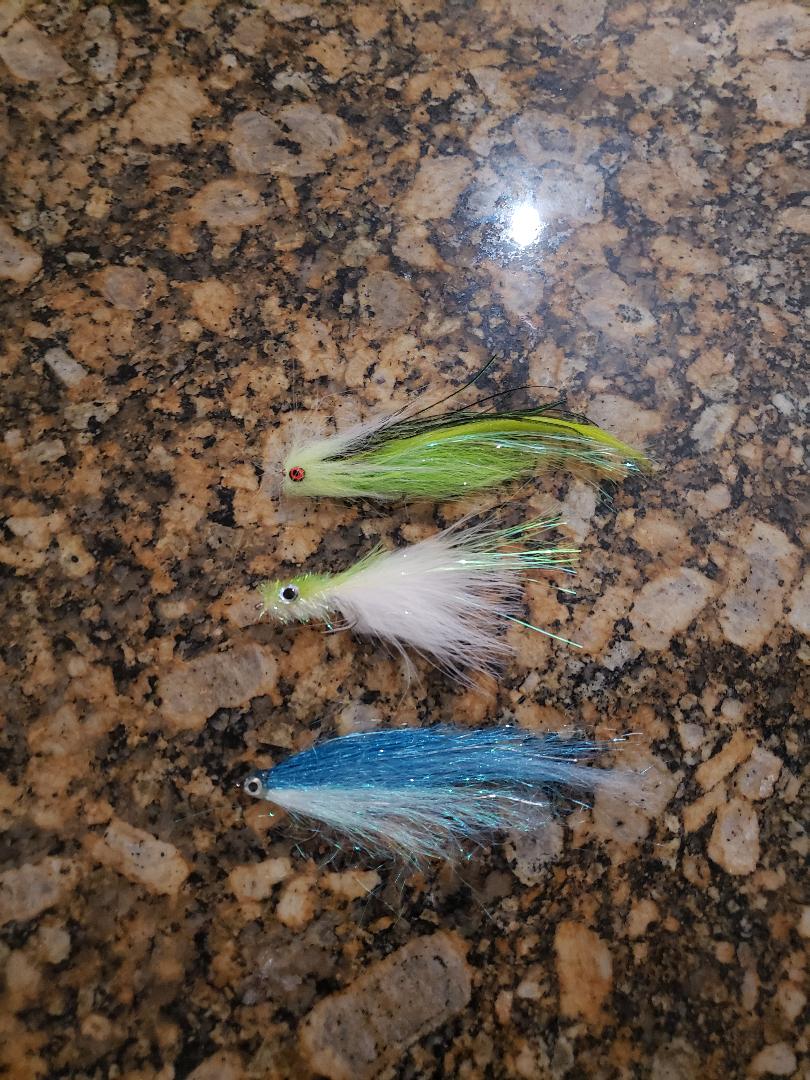 I pulled off the road into an office park in South Florida where I spotted a creek that ran behind the buildings. There was no fence to hop, so getting down to the water was a breeze. As I walked along I saw a multitude of species; largemouth bass, tilapia, oscars, turtles, gar and finally, peacocks.

The peas were small, but they were there, it was time to fish.

I was just about to leave when the fish struck. It hammered my fly in typical bulldog style and gave me a few great jumps before I tuned him and brought him to shore.

Check out the video below for an up-close-and-personal look at this solid bump-head.

Now that the peacock was secured, we could continue our drive down.

No trip to the keys is complete without a visit to Robbie’s of Islamorada to feed the tarpon. Check out the video below.

After a great meal and a visit to a few other local attractions, we headed back to our townhome to rest up as we had an early day the next day.

We arrived at Bud n’ Mary’s at 6:30 a.m. and left the dock 15 minutes later to pursue blue water. On the way out, we caught some bonitas which we would use as chunk baits and also put a good bend in our rods.

After trolling for a while, we came upon a few massive weed lines. At first we were just catching jacks, then the dolphin showed up. I sailed my fly far into the school of swiping and diving dolphin and almost instantly hooked up. It was a small fish, but a dolphin on fly none-the-less. 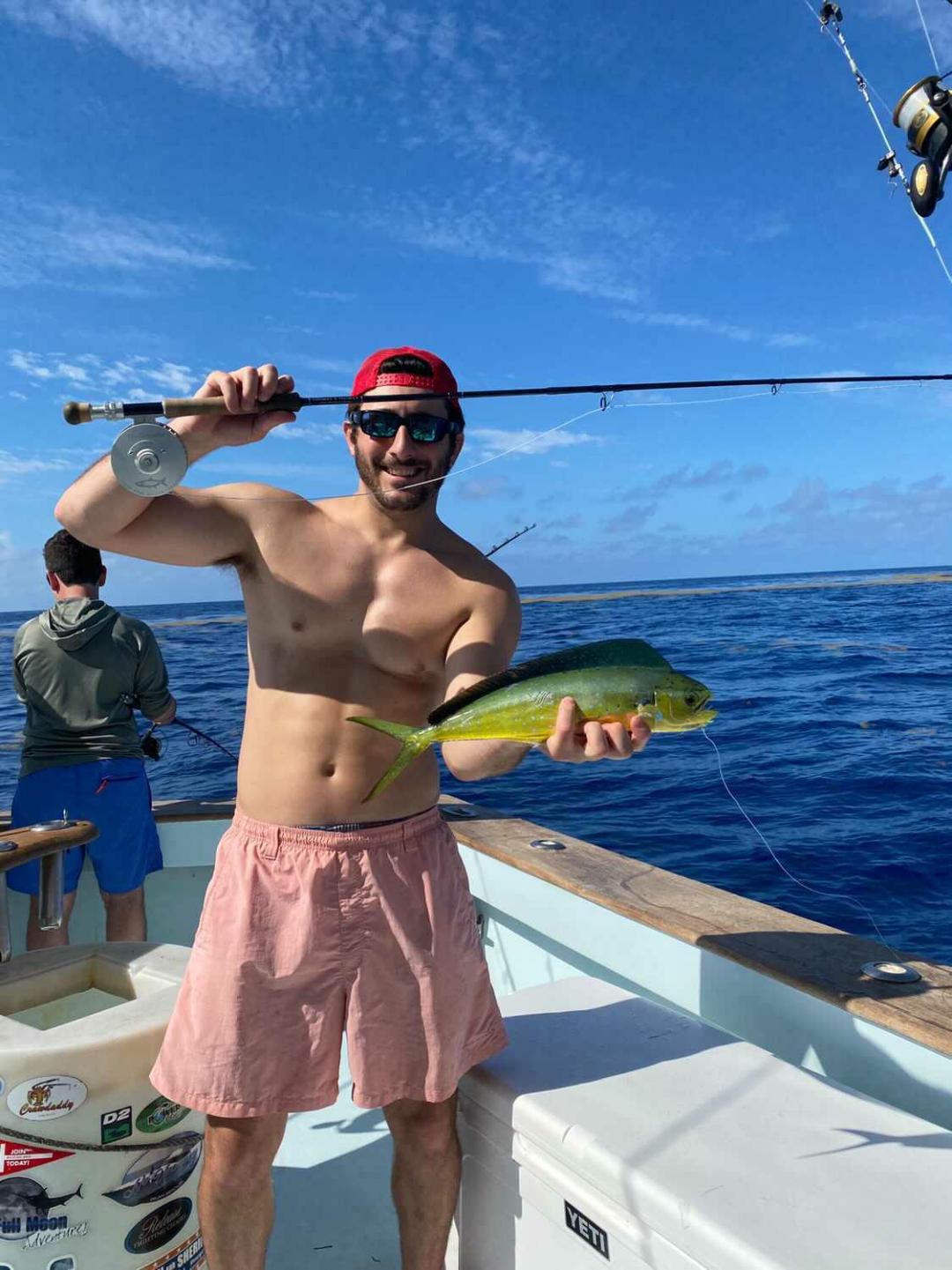 The fishing was a bit tough that day, but Captain Adler and mate Colby worked hard to keep us on fish. We ended the day with a solid catch of dolphin and a few bonita. 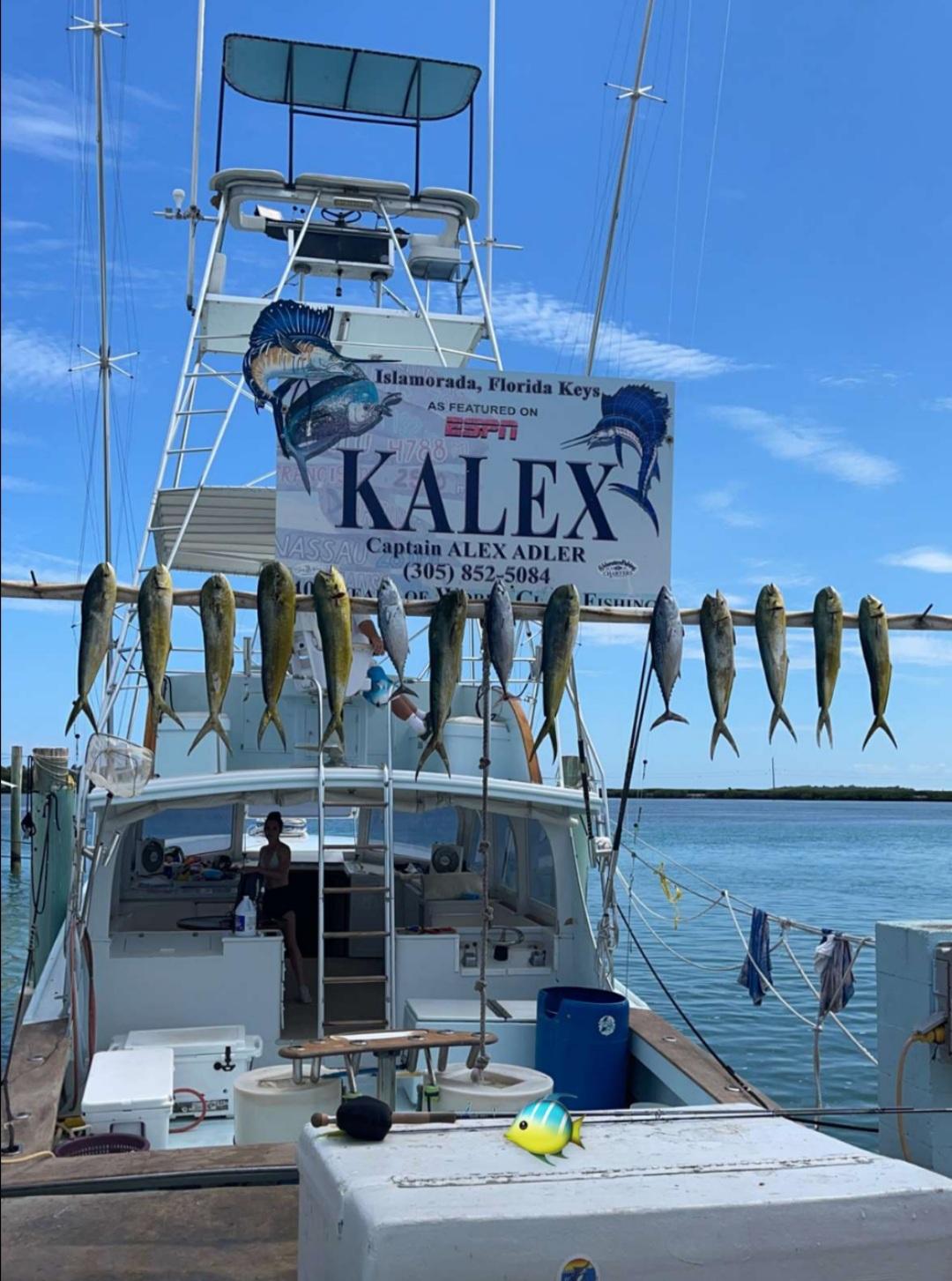 After all our fishing for the trip was concluded, we just relaxed and enjoyed some of the local attractions around Islamorada and Key Largo. The next few days were restful and exactly what we all needed.

As per usual, every Keys vacation goes by too quickly and there is never enough time to do everything that you want to do. That being said, I cannot wait to go back, we had a blast.

If you’re interested in booking a trip on the Kalex or one of the other amazing boats at Bud n’ Mary’s, click here to learn more.