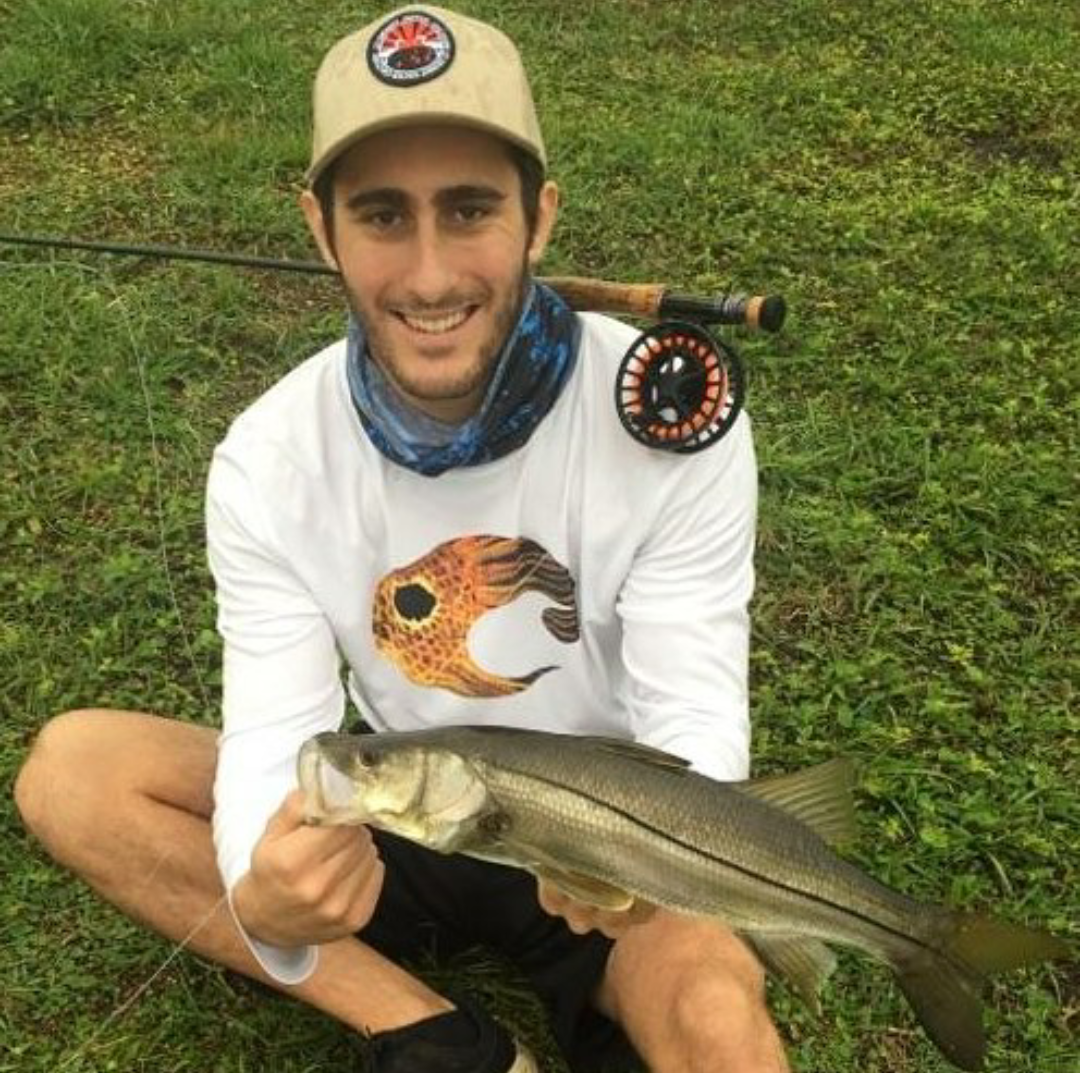 My most recent bass fishing trip took me back to a time long ago. It made me reflect on past adventures, here is the Scum Pond Chronicles: Redux.

People will do some crazy things for fish. In the case of my friends and I it means using GPS to find where baby tarpon and snook lurk. When you find the angling version of a hole in the wall restaurant, epic fishing adventures can ensue.

“Are you kidding, that’s like two miles away”, I said. I was staring at a tiny lake shown on Google Maps on my friend’s phone . “Nah man we’re fine that’s not even far”, he reassured me. This is how it goes; finding a tiny drop of water, then hiking through tangled woods and mangroves, fly rods in hand just hoping.

After fighting off spiders, mosquitoes, no-see-ums and other woodland critters and you finally find your oasis, it is so elating. Sometimes it’s a pristine body of water that looks super fishy. Other times it’s literally a scummy retention pond complete with all manner of garbage floating in it.

In the end it doesn’t matter what it looks like, what matters is what swims below the surface. Sometimes rolling tarpon and v wakes as well as jumping mullet and blue crabs abound. Conversely, the pops of fish feeding are also a commonality, but you never truly know what’s there.

When you just find empty water you’re crushed, but when you find a baby tarpon and snooklet nursery it makes your day. I’ve found picturesque ponds that hold no fish. I’ve found scum covered drainage ditches where tarpon roll constantly, looks can be deceiving in this game. 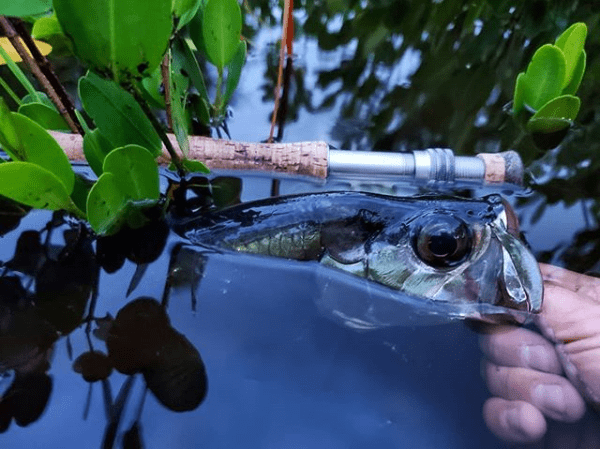 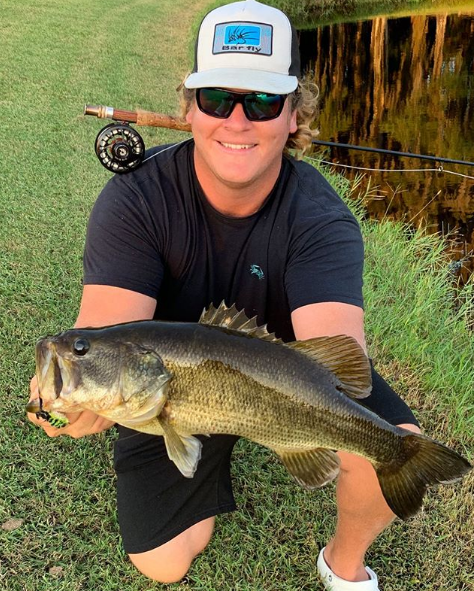 What it’s all About

Just getting to the water can be a challenge in and of itself, but fishing is no walk in the park either. Sometimes there’s only room for one person to cast or even stand at a time, and you’re with three or four people. You may have to stand on a sewer drain, or share territory with gators, sometimes you just have to find creative ways to lay out your line; it’s the definition of combat fishing. 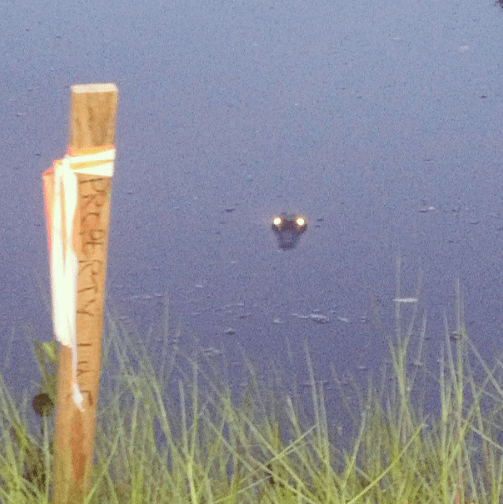 Pop… pop… pop went my gurgler as I stripped my line methodically. “Dude he’s right on it,” said my friend. A half second later my fly got crashed and a baby tarpon in the five to ten pound range, it rocketed from the water, hooked only for a moment as it sent my fly singing up and over the bank into a low hanging tree. Almost had him.

My friend sailed his fly out, a baitfish pattern tied by one of our good friends. He let it settle and started stripping. Nothing on the first two casts, but on his third he laid it in front of a drain pipe and after his last strip as the fly was sinking it got slammed.

The fly rod bent over double and the fish took off into the middle of the pond before circling and trying to get back into the pipe. My friend was able to turn it and slowly work the fish to the shore; a slot sized snook. After a quick photo and a revival, the snook swam off strongly. 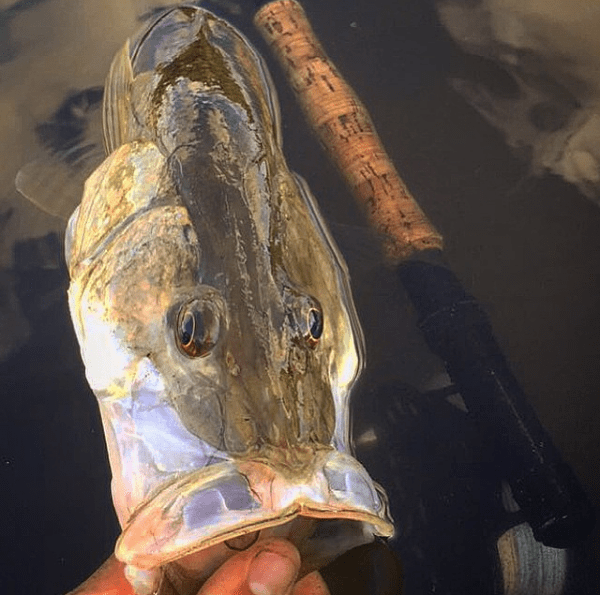 The sun was starting to go down so we started on our way back to civilization. It was a successful day by any measure of the imagination; we would definitely be going back to that pond.

We repeat this over and over again, sometimes with a surprise from an over-sized poon or snook, sometimes a redfish or black drum, sometimes even bass. As unbelievable as it sounds, I’ve caught mangrove snappers, ladyfish, snook, tarpon and bass all out of the same body of water.

Finally getting to grab the face of a pond prince – a young silver king, or a slot sized linesider makes it all worth the effort. While the struggle to find true diamonds in the rough can be arduous, it isn’t always the case.

Sometimes the ponds we seek aren’t hidden away deep in the woods, sometimes they’re hidden in plain sight – behind a grocery store, on a golf course, in a neighborhood, off a busy main road on the shoulder, or somewhere else one might never expect to look for fish.

My friends and I are hardly innovators, these sorts of places exist all over Florida and tons of people fish places like these. However, I know that without my friends I never would’ve discovered this amazing fishery.

Anyone can do this kind of fishing; it doesn’t require special skills or any advanced knowledge. A basic knowledge of fish and how they behave, a willingness to go far and work hard, not being afraid to get a little dirty and the attitude to never give up even after consistently failing are all that it really takes.

Grab your friends, look on Google Maps, pack up the fly box and rod and get out there and try it. Someday you can write your own Scum Pond Chronicles.

If you enjoyed this, then certainly read the orginial, “Scum Pond Chronicles”.