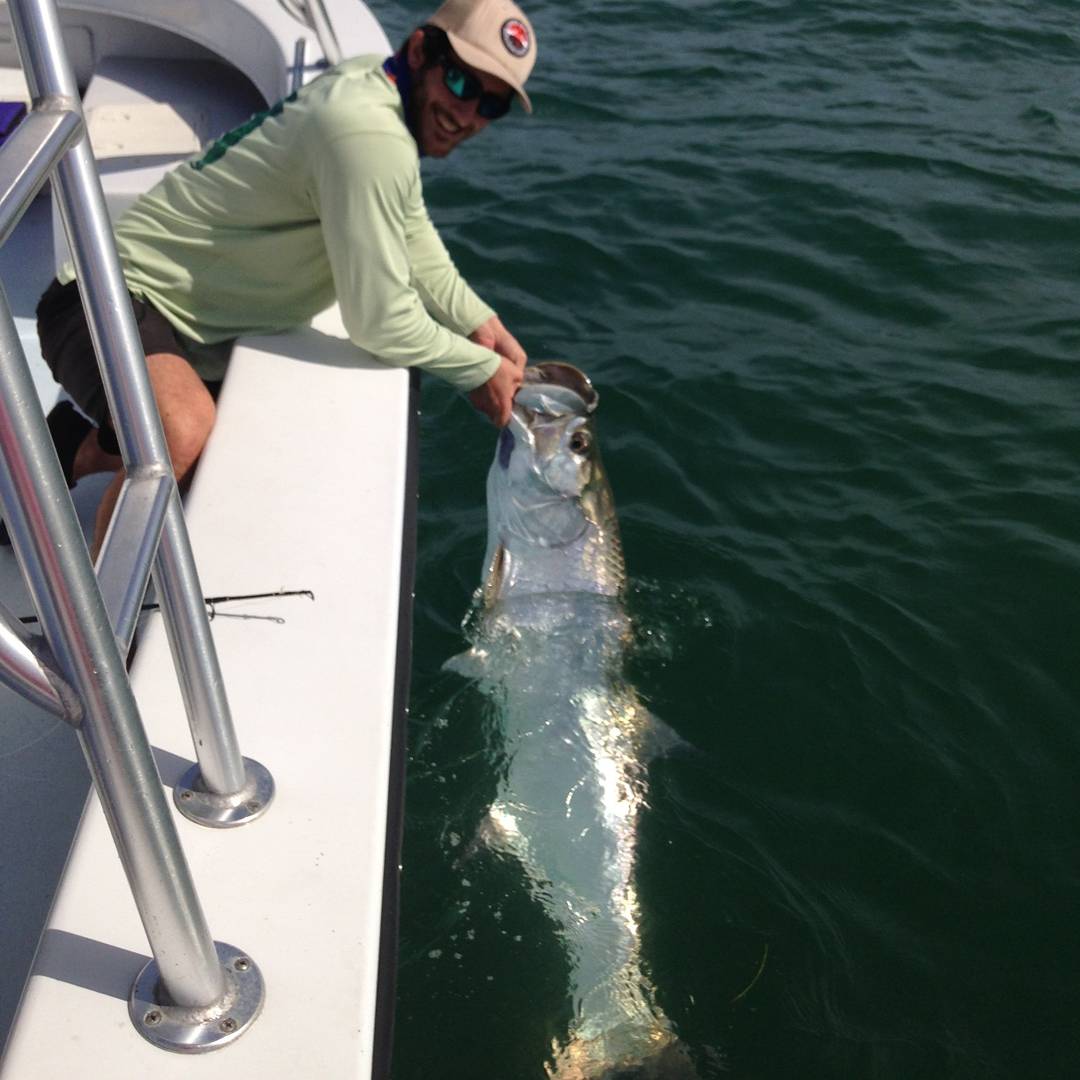 This past week I had the opportunity to fish with captain Harrison Hodges of H20 Charters. I was also fortunate to be fishing with my dad and our family friend Larry Branch. We were chasing silver (hence the title).

Larry is a really amazing guy. In fact, he’s one of the best. He’s ran the Boston Marathon six times, traveled to more countries than I can name, served in the Army, taught at Harvard, Boston University, Duke and USF. He received his doctoral degree from Loyola University. Larry is one of the most respected names in the field of public health and is held in high regard around the world for his work.

Larry is as kind and generous as he is successful. When I was preparing for grad school at USF he helped me with what to expect, wrote me a letter of recommendation and talked me through what I needed to do to be successful in higher education. Despite all his travels and work, he still made time to sit down and talk to me and council me.

I hope that I can become half the man that Larry is. To put it another way, Larry is a great man.

My dad met Larry through ice hockey. My father is from Michigan and he got me into hockey and helped forge a career that would take me all the way to playing in college. Living in Florida he hadn’t played in many years, but one day he decided to get back into it. Larry and my father were teammates, the rest is history.

Larry is an accomplished hunter as well as a fisherman. He has caught many of the Great Lakes gamefish such as pike and walleye. He has also caught his fair share of saltwater fish, but one thing he has never experienced was the thrill of hooking and fighting a tarpon.

I knew Harrison Hodges was going to be the man to put us on fish. He was literally mating and working on charter boats in the Tampa Bay Area since the time he was 14. He has learned from the best. I knew Harrison through friends and friends of friends and following him on Instagram, I knew this is the guy to get us on some poon. We met down at Maximo Marina near the Skyway at 6:30 a.m. and we were off.

The ride out was smooth and gave us a great view of the sunrise by the Skyway Bridge.

The plan was to cast crabs into rolling schools, unfortunately the first spot we got to was too rough to see any rollers. We checked a few other spots before heading back to the first location, we were rewarded by calmer conditions and being literally surrounded by huge schools. There were fish absolutely everywhere, Harrison said that the previous day he saw more fish in that location than he had all season.

We all began making casts to various rolling fish. Subsequently, I hooked a fish on my third cast. The fish I hooked gave some spectacular jumps and fought as hard as any tarpon I’ve hooked before!

I released my fish and we set up on another school where Larry hooked up. Larry’s fish was definitely in the 100 pound class, a real quality fish. My father couldn’t believe it, it was certainly the biggest fish that he had ever seen. He fought it for an hour or more and got several great jumps out of the fish.

The fight was nearing its end, and it was clear that with only a few more reels and maybe one or two more runs from the fish would’ve subdued it, and the hook came free. Unfortunately that’s tarpon fishing. We headed back in after that as the weather was starting to turn.

While Larry didn’t get a face grab, he did get to experience all the excitement of seeing and fighting a tarpon. That day we all received the gift of silver. Even if you don’t catch one, just seeing them out in the wild is a special moment, it’s even better if you do it with great people by your side. In sum, it was awesome!

I certainly recommend Captain Harrison Hodges for any kind of charter, inshore or off from everything from permit to tarpon to redfish. Check out his website here.