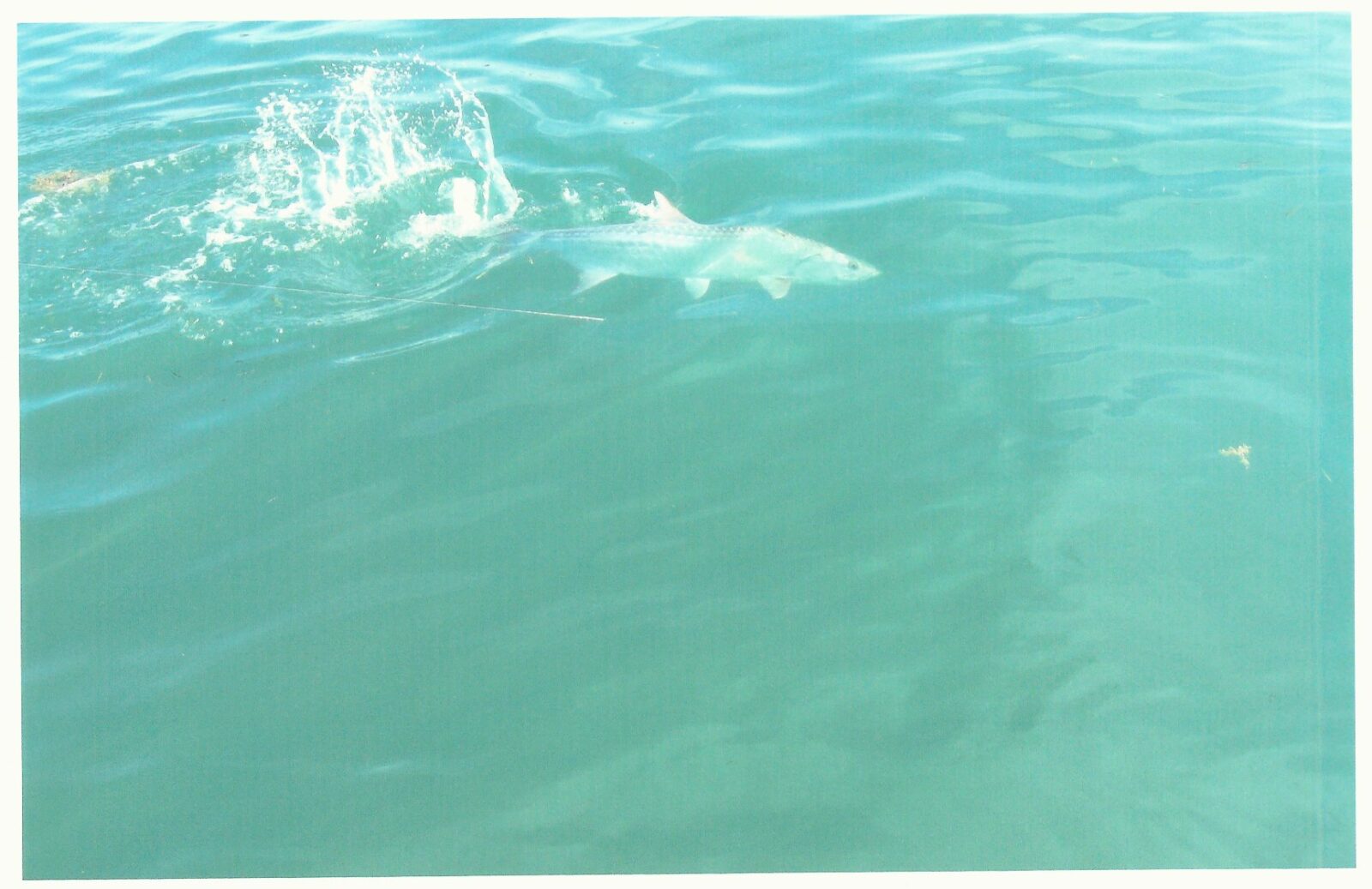 Tarpon AKA the silver king has returned to local waters for the summer and provide anglers with an almost unparalleled challenge among inshore, saltwater gamefish.

Like so many angling opportunities that are present during the summer months, there is an opportunity for tarpon because of the warmer water temperatures and masses of bait. Tarpon will be found around area bridges and passes as well as along area beaches.

About the Silver King

“I’ll be looking for them on the beaches early in the summer,” local angler Aaron Myers said. “As the summer goes on I’ll look more in the bay, the deeper flats and deeper channel edges near bridges.”

The many areas tarpon will be found this time of year make them easily accessible for boat and shore bound anglers alike. However, tactics vary based on where the fish are found.

“In the passes I’ll use a jig,” Boca Grande guide Ron Scott said. “If I find them working the beach I’ll throw a pinfish, blue crab, pass crab or pilchard.”

Before pursuing tarpon there are certain risks and factors that must be considered. Knowing how to properly handle the fish, using proper gear, knowing what to do in the event of a shark attacking the fish and the individual level of experience/ having a good partner if fishing by boat are all vital.

“Having enough line is a big concern, always have at least 300 – yards of line,”local angler Aaron Myers said. “I use 50 – pound braid with a 60 – pound fluorocarbon leader.”

Because tarpon fight so hard and perform many acrobatic jumps there are times when even having 300 – yards of line isn’t enough. If fishing from a boat a partner is necessary to chase the fish down to help regain line and navigate through bridge pilings while the other fights the fish.

“I don’t offer them for charters because I fish out of a kayak,” local guide Neil Taylor said. “If you’re fishing out of a power boat  I would recommend doing it with people that have enough experience.”

While sharks are chasing bait this time of  year, the biggest sharks – the hammerhead and bull are following tarpon schools. It doesn’t happen often, but there are times when large sharks will attack hooked tarpon.

“I’ve had sharks eat them out of my hands boat side, at that point you just have to let them go because you won’t win against a 12 – 14 foot bull or hammerhead,” said Scott. “Tarpon are faster than sharks and they’ll get away from them if it’s during the fight, just open the bail and let them swim freely.”

When and if a large tarpon is landed, do not bring it into a boat or onto shore it puts unnecessary stress on the fish. Never touch the gills of a tarpon it will cause the fish breathing problems.

“Bring the fish alongside of the boat, revive it and release it,” said Scott. “If you are going to handle them, grab their lower jaw and put your thumb in their soft spot and hold on.” 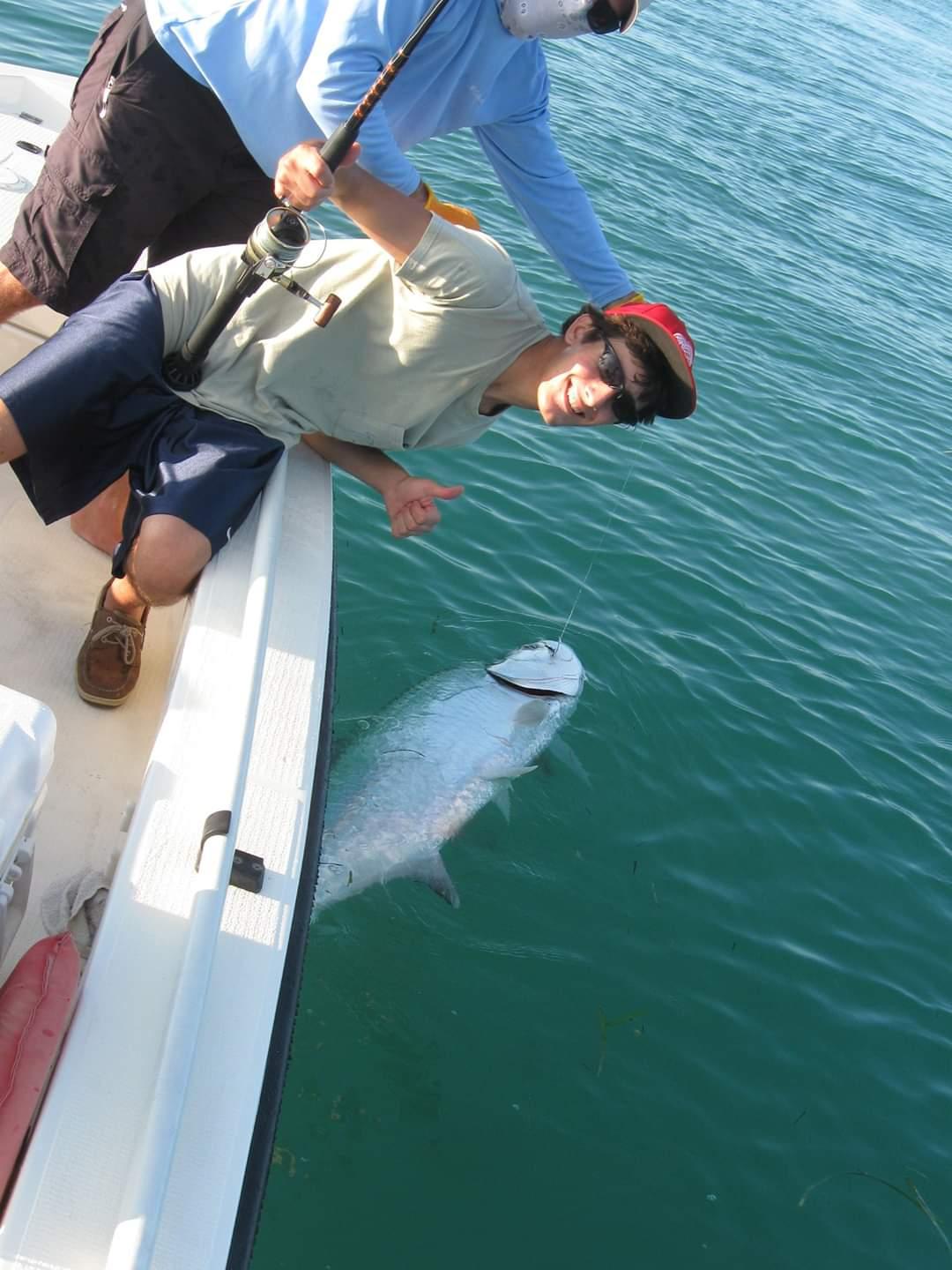 To learn the story behind the above picture and the featured image, check out “Bow to the Silver King”.