Most of us have that one moment or person that changes or defines you. In my case it was an event that occurred the day before Thanksgiving four years ago.

I was having some family time fishing with my parents off the Skyway Pier (although at this time I had no idea how to fish). I understate that last part actually, I had a $20 two piece rod with light monofilament line and no leader. Tied to that was a large silver spoon with a sizable hunk of squid. In short, I couldn’t have had any less of an idea of what I was doing.

After waiting seemingly all day my rod bent and drag pulled; I was on. I fought this fish for a solid five minutes all the way demonstrating horrible fighting skills as I had no idea how to handle a fish that pulled drag. But I won in the end and I caught my first real fish; a bonita! 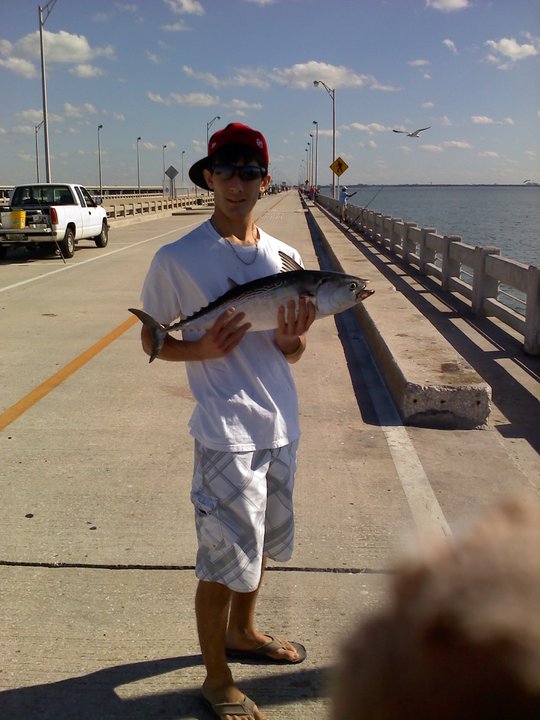 That bonita changed everything. After that day I decided that I wanted to learn how to do this regularly. I love the feeling of fighting and landing a fish, the atmosphere and being outside. It became an obsession, I watched TV, read articles and asked more questions than I can remember and tried and failed so many rigs before I learned the ropes.

Now I have found success in it.

I have dedicated my life to it and it has given me an avenue to use my time, talent and treasure. I attended ICAST because of my position writing and doing advertising for Coastal Angler Magazine. At ICAST I exchanged business cards with industry leaders and learned a lot about the business.

While I will always have a passion for ice hockey which was my first love, fishing holds a unique place in my heart that can’t be filled by anything else. Perhaps it’s because all of your pain is washed away by the green and blue expanses that go on forever and hold mysteries we can’t even begin to understand.

One thing I do know is that it has given me amazing friendships in which I have made incredible memories! To think that I owe all this to one stupid bonita.

I guess ignorance really can be bliss!