It had been almost a year since I had been down to Miami to peacock fish. I wondered if the fishing would be as good as it was nearly 365 days ago. It was.

I’ve written about how to peacock fish in the past, so if you want to learn more about that click here. Flashy colors, aggressive movements, etc. I tied up at bunch of the flies pictured below and they absolutely crushed it. 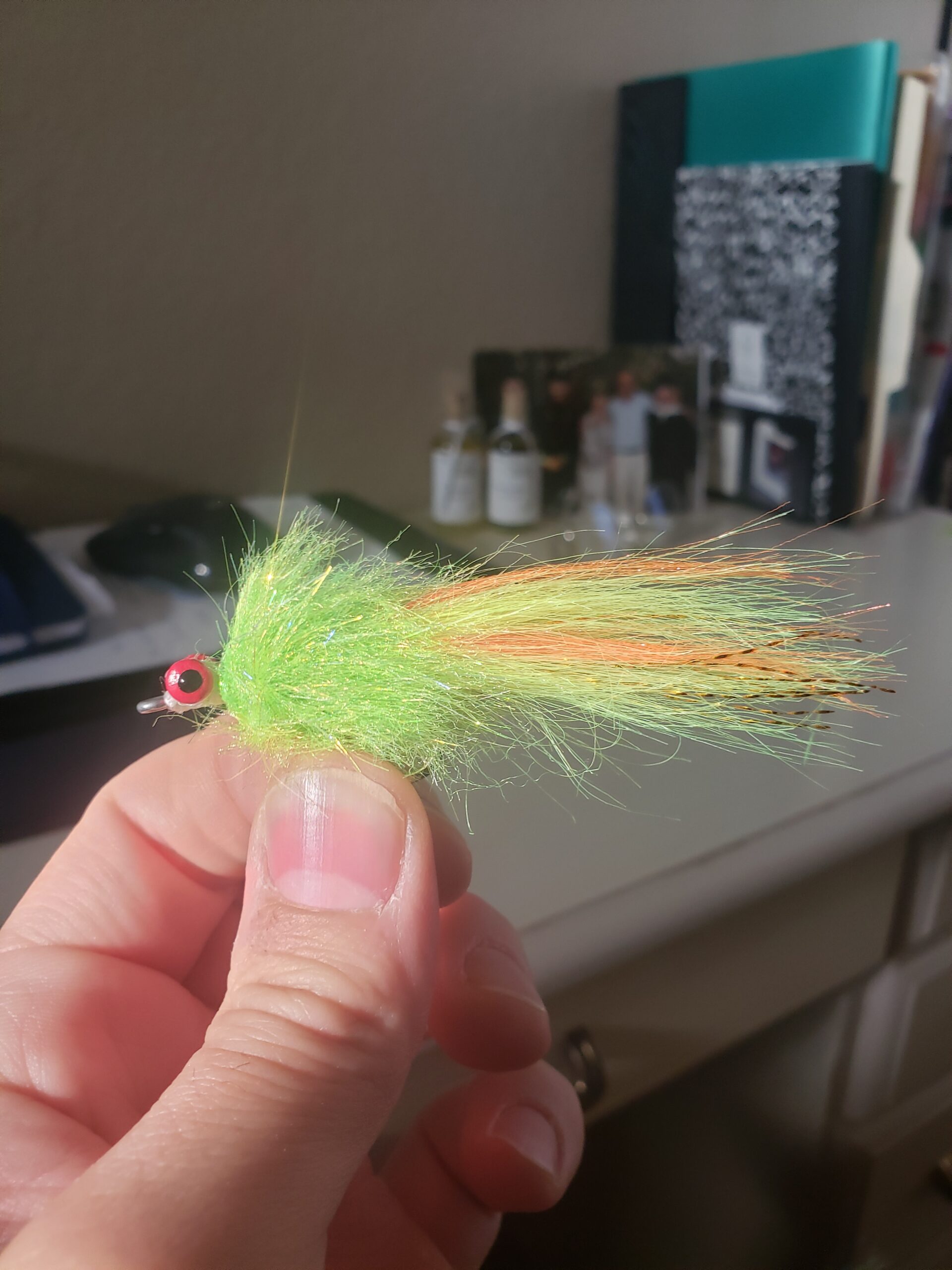 The first few spots that we tried were locations where I had caught fish before, however, there didn’t seem to be any fish that wanted to play ball. I kept having to remind myself that peacocks bite better in the heat of the day and that the morning bite often isn’t as reliable as mid afternoon.

After heading to a few spots we finally arrived at the hole that I really wanted to fish, and it didn’t disappoint. We saw probably close to 30 fish sitting right on the shoreline, it was game on immediately.

We probably caught close to 20 fish before we finally saw what would be the fish of the day.

At the end of a long culvert I spied a peacock that was simply gigantic, a true trophy fish. We casted and casted and casted at this fish, but it just didn’t seem to be interested. With that said, patience pays off in peacock fishing. Finally, after about 50 casts, the fish began to stir and show interest. It began to swim erratically and make agressive passes out our flies. When it ate my fly, the crash at the surface was as if someone threw a bowling ball into the water, my rod was instantly doubled over.

Thankfully I hooked the fish in shallow water and so I was able to subdue it fairly quickly.

In case the photo above doesn’t do it justice, you can get a sense of the girth on this fish by the video below.

As proud of this fish as I am, for context, click here to see the state record peacock. Also worth noting, these were really nice fish for Florida, the peacocks in South America get A LOT bigger.

All told, in the span of roughly 6 hours, we caught close to 40 fish. I was happy to put my dude Angelo on his first peacock, including a really solid fish right at the end of the day. Interestingly enough, the fish came out of the same culvert as mine. 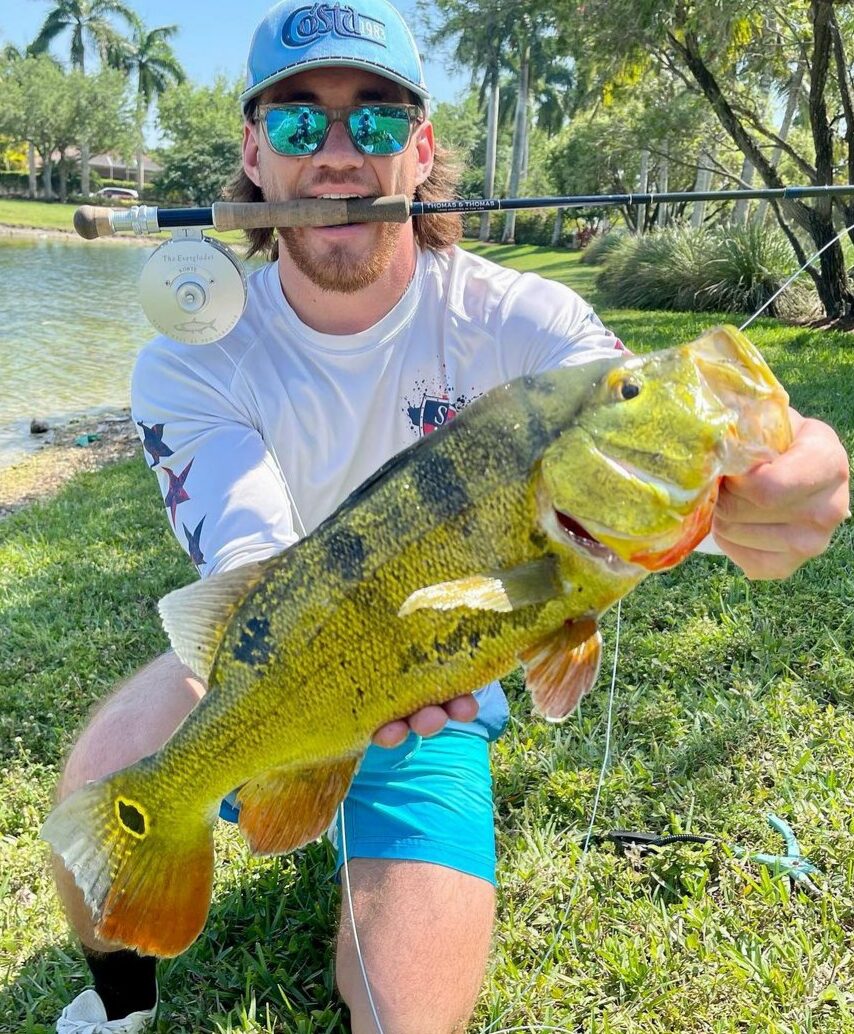 I’m pretty much obsessed with these fish. As such it wouldn’t be the last time that I would target them this summer. Stay tuned for more.